Tutankham - A Pico8 port of Tutankham is in development, an arcade game developed by Konami in 1982. 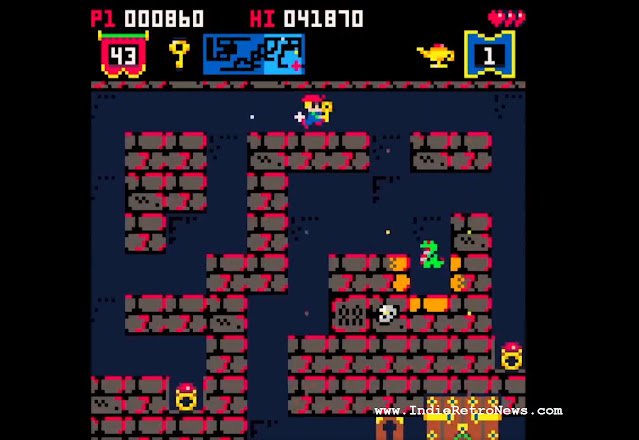 Thanks to an early morning heads up via Twitter, we've just been told that if you enjoyed the classic game of 'Tutankham'; an Arcade game developed by Konami in 1982. Then at some point in the near future @paulhamx will be releasing a port of the game for the Pico8. To coincide with this news, the creator has released not just one video showing the gameplay, but also a second video showing the title screen and the music.

Title music for #pico8 #tutankham pretty much done. I haven't really tried going for a particular "theme" before and I'm pretty happy with how its turned out. Definitely fits the game.#chiptune #gamedev pic.twitter.com/afT4ppfrUg

In this upcoming release of Tutankham for the Pico8, the player controls an explorer who is robbing Tutankhamun's tomb. The player will search for precious treasures (maps, lamps, chests of gold & jewels, and, above all, the golden mask of King Tut) and fight off the various creatures that guard the tomb to ultimately find the way through the catacombs. So yes certainly a game worthy of a download when the game gets an eventual release for the Pico8.