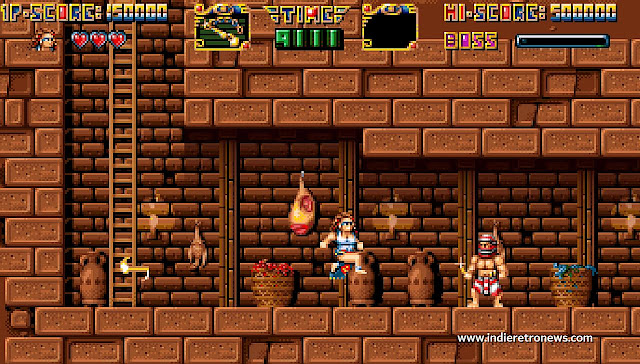 I said to myself today, I seriously need a damn good entertaining indie game to play that would keep me occupied for more than just a few mins. Well the good news is, I've found it with 'Immortal Ka'. However Immortal Ka by Josyan is more than just an indie game, it's an indie game as a nod to the Arcade classics such as Ghosts 'n Goblins and even Super Big Karnak. Thankfully even though the game is just a prototype from a cancelled game, the team behind Immortal Ka has atleast made it available to play right now.

The Gods have condemned us, now Egypt is corrupted and thousands of creatures from the world of the dead torment us. Maibe, a lonely hunter from the outskirts of Luxor has received the vision. She will be the only one with a pure soul who will save us! The game features Egyptian themed levels that have been corrupted by the wrath of the Gods, a complete arsenal of weapons such as a sword and a harpoon, and even mythological creatures to defeat.