RESHOOT PROXIMA III - The next Amiga game from RESHOOT R creator gets a Xmas tease! 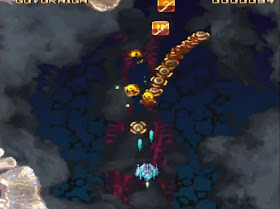 While most of  you have probably played the Amiga game of 'RESHOOT R', the previous game from Richard Löwenstein that featured high grade shoot em up action with smooth scrolling and top quality music. You may also be interested to know that after previously announcing he is working on another action packed shoot em up game called ' RESHOOT PROXIMA III ', that as of today some new footage has surfaced for the Xmas holidays.


Although it's early days for the game with previewed footage above, RESHOOT PROXIMA III will be developed by Richard Löwenstein, Kevin Saunders,  Bernd "Dascon" Hoffmann, Jochen "Virgill" and Feldkötter with many features we expect from the same creator of the excellent Reshoot R series. We don't have any further details about the game, but expect a hopeful release towards 2020.