A "Doom" clone for the Amiga 500 gets a second video update! 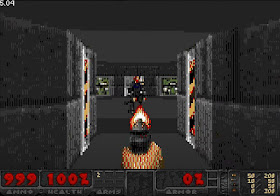 As we said before from our previous article, we've certainly seen some impressive projects through the years on retro hardware, for example showing how well Sam's Journey and Super Mario performed on a C64 was impressive enough. But now things are looking even more interesting for the Amiga community, as a previous announcement showing KK/Altair working on a project to show that it may be possible to run a Doom clone on just a 7MHz Amiga 500 with 1MB of RAM, has since been updated via his channel with a new video giving us an indepth look at the Doom map layouts.

Doom is an FPS game made by id Software and originally released in 1993 for DOS. It was ported the following year for the Jaguar, Linux, PC-98 and the Sega 32X. It was again ported in 1995 for the 3DO and Windows (aka Doom95). In 1996, it was ported for the SNES/Super Nintendo and in 2001, it was ported for the Gameboy Advance. As for the Amiga it was of course never released for this system, but going by the video above, we may be seeing not just the first demo map of the game being developed, but even further improvements from episode 1.