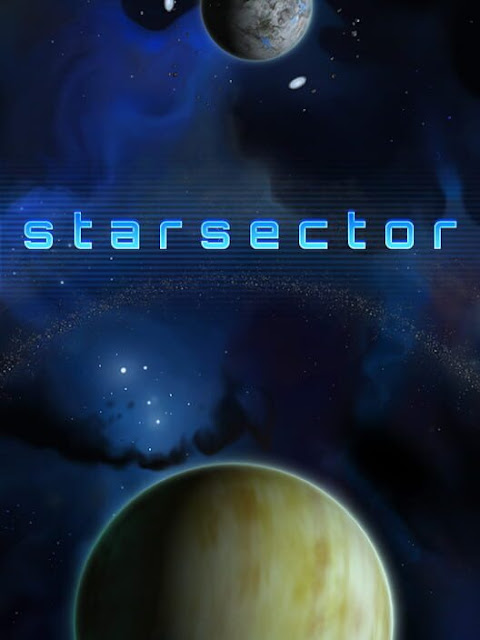 StarSector is probably one of the best sci-fi open-world games ever created. Even if you don’t consider it one of the best, it’s still one complex game and a real hidden gem. If you've followed my previous write up for this game and wanted to know more, you'll pleased to know that as of today, you can read my exclusive interview with the lead developer of 'StarSector'; Alexander Mosolov.

1. Why did you decide to start developing games?

It's something I've been interested in for as long as I can remember! I was able to play some games at my mom's work occasionally (the original Warlords, and King's Bounty, to name a couple) and it was just so incredible. I've been trying to make games just about my entire life; Starsector is just the project where it all came together, in terms of my ability to carry it forward. I guess that doesn't really answer "why", though - the "why" is because I really, deeply, feel the need to create something. Does that sound insufferably artsy? It probably does, doesn't it.

2. I found StarSector to be a mix between Wing Commander: Privateer and Sid Meier's Pirates, but in space. What was your biggest inspiration for StarSector?

First off - I love both of those games! I've got Privateer installed right now, actually. Pirates was amazing, too - another game I played at my mom's work way back.

As far as Starsector, it's pretty fair to cite both of these as influences. Star Control 2 is another major one. Well, both 1 and 2, actually - I remember playing a bunch of melee against a friend, and those kinds of top-down startship battles were so much fun. Star Control 2 had a huge galaxy to explore, a story that changed it, and was just full of cool moments.

Solar Winds is another one - the top-down shooting in it, I didn't too much care for, but the moment when you activate hyperdrive for the first time and fly to another system... the feeling of that is something I still remember vividly. It was so impactful because there was no loading screen, you just flew really fast, and hey, there's another star system there! Assuming you were able to aim at it; laying in the right course was tricky - if you didn't, you'd be in the middle of nowhere and out of luck. Realizing that the game world was actually that huge, when you didn't expect it, that's what made it hit.

Mech Warrior (more specifically, MW4: Mercenaries) is another - I loved outfitting mechs in that one, and really wanted to combine that feeling with having a larger, more open sandbox to make use of the loadouts you come up with.

Master of Orion (in particular, the second one), of course - again, not a direct influence as not too many mechanics are similar, but... I think really, it's less about capturing the specific mechanics of those games, but more trying to reproduce the feelings they elicited in me when I was playing them.

I think that ages better, too, since oftentimes games won't produce that same feeling anymore when you go back to replay them, and just wonder how you ever put up with, I don't know, the UI or a particularly grindy mechanic. Although, I'll say, I think most of the games I've mentioned have stood the test of time very well. 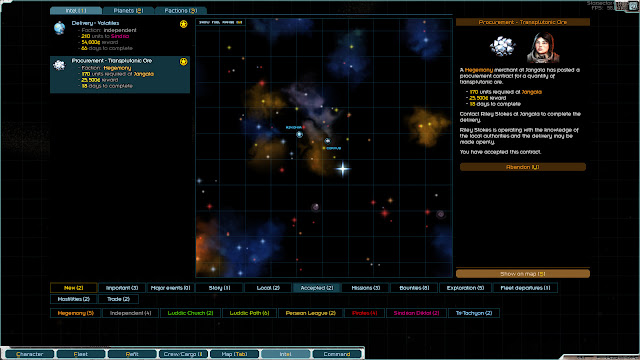 3. StarSector is an incredibly deep and vast game. What was your biggest obstacle during development?

Thank you! I'd say probably the economy. It's been through something like 4 or 5 revisions, progressing from more simulationist to more and more abstracted with each one. Part of the problem there was that it wasn't all that clear exactly what the economy needed to do in the very beginning. And a simulationist approach is appealing, since it seems like if you just get it right, it'll be great and there'll be all sorts of emergent gameplay and so on. Turns out, what "emerges" usually isn't desirable, and it's all hidden from the player anyway, *and* it eats up CPU cycles; hence the move towards a somewhat more abstracted approach. It's finally in a place where I'm happy with, though. 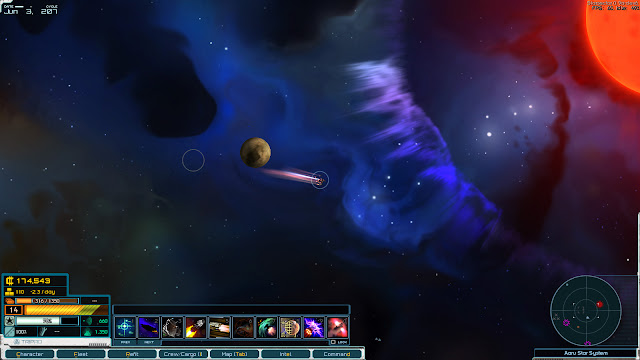 4. While there are story missions in the game, the story isn't complete. What can we expect to see in the future?

More story missions, events, and more of a story! Beyond that, I don't want to spoil it.

5. Since you're a small team, with no publisher, did you have trouble financing the game?

I had some savings when I started, and was fortunate enough to get good enough sales to keep going. It got pretty close a few times, to where I was wondering if I'd have to get a full-time job again (at least for a bit), but thankfully something or other would always happen and sales picked up. So, overall: no, but it had been stressful at times. Sseth's video coming out (link) was a breakthrough moment, as far as taking the pressure off and feeling more comfortable about being able to keep working on the game full-time.

All along the way, coverage - both by review sites, and youtubers/streamers is what made this possible. TotalBiscuit was the first big one to cover the game; then when Beaglerush covered it - I think around the release prior to the most recent one - it helped *a lot*. More recently, Splattercat, Quil18, Mathas, Robbas - I really can't name everyone, and if you're not on the list and should be, my apologies! What I want to say is that I'm deeply grateful, both to the streamers, youtubers, and writers - and, of course, to the players for their support in actually buying the game, and enjoying it enough to talk about it, and keep word of mouth going - that part's pretty critical!

6. You have a small, but dedicated community around the game? When can we expect your arrival on Steam?

Steam is something I want to look at when the game is more or less "done" - or, at least, 1.0-ish. It's a tough call, actually. How can you tell if the extra sales you get from being on Steam are enough to offset both the increased cut they take (compared to selling directly) and the extra work involved? And, for example, I'm not crazy about things like achievements and trading cards (both are meta-things that I think encourage, generally, bad gameplay patterns and are in place to sell more games, rather than to make the games better), and supposedly you need to have those if you want The Algorithm to give you decent visibility.

And that's another point - once on Steam, you're kind of at their mercy. Will they make a change that suddenly cuts traffic and sales in half? The answer, every day, is "maybe" - it's happened before! I'm sure there are reasons for the changes they make, but on an individual developer level, there's potential for effectively random events cutting your income, and that's not... great. To top it off, "going on Steam" isn't something you can try out and then go back on.

I'll need to spend some time thinking about it, and talk to some other devs, and see how it feels - but so far, I've been kicking that particular can down the road. Right now, I'm comfortable with the length of the release cycle - which is "however long it takes for all the new features to make sense when taken together, and be reasonably polished" - but I'm not sure that an early access title on Steam would have a great time when releases can be more than a year apart. 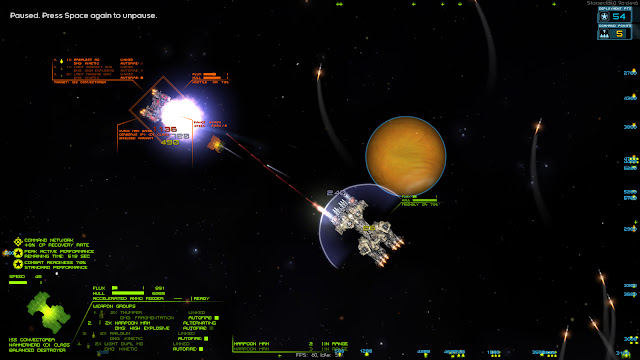 7. What was the inspiration behind all those ships designs? All of them look great, btw.

You'd have to ask David Baumgart! He's made all the art (and is doing the vast majority of the writing, too, along with now some scripting!) His twitter is here: https://twitter.com/dgbaumgart

8. What would be your advice for up and coming developers?

That everyone's situation is unique, that what works for someone might not work for someone else, and that all advice should be taken with a giant grain of salt. It depends on one's goals, too - making games as a hobby (nothing wrong with that, at all!), or trying to make it a full-time occupation? I guess the main piece of advice would be not to take risks you can't afford to take. There's an element of luck, and if you're relying on something being a financial success without a safety net for when/if it fails, that's not a good idea. So if you're able to, I'd say do it part time. That's how Starsector got started, too - nights and weekends, and all that.

- On that note Cola Powered Gamer/Indie Retro News would like to say thank you to Alexander Mosolov for taking the time to talk to us in this exclusive StarSector interview!