Volley For Two - An enjoyable Volley Ball game for your C128 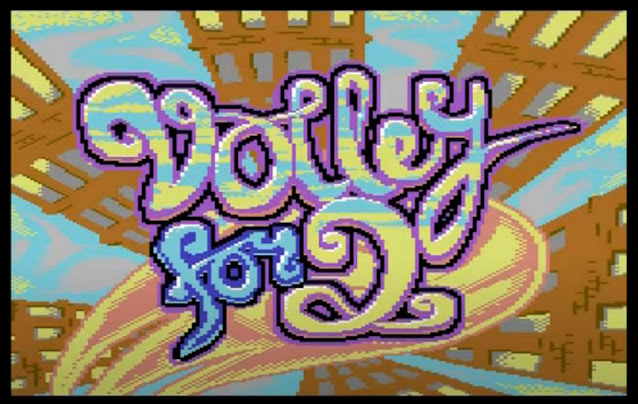 We don't often feature games specific for the C128 especially as pretty much all of our games are announced for the C64, so change all that, here's one game you might enjoy playing on your Commodore 128 and that's Kollektivet's two player game of 'Volley For Two'; an action packed physics based volleyball game for the Commodore 128, inspired by the old DOS game Arcade Volleyball from 1987.
Developed during 15 months in 2019-2020, in Volley For Two you play as up to two human players who must play one-on-one against each other in volleyball with mostly standard rules. Basically using one of two characters you must bounce the ball back and forth over a wall, and if the ball touches the ground at any point it's a point to your opponent. Certainly a game that not only looks enjoyable, but it's sure to be fun to pass the time with a friend nearby!
Links :1) Source
at Monday, October 12, 2020