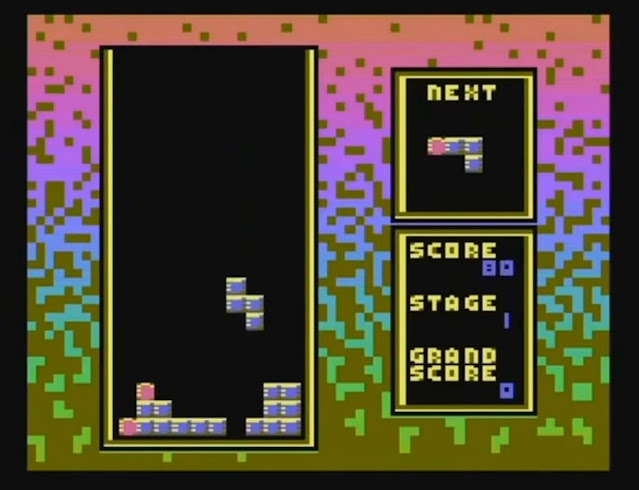 One of the most popular games of all time was a tile-matching, block rotating puzzle video game first released in 1984 which became a huge hit on the Gameboy in 1989.  It just had to be the classic 'Tetris'; a game that caused many people to spend hours playing to the point of addiction. Although we've had numerous clones over the years some of them good and some of them rather bad, today's Tetris clone you might be interested in playing is the Atari XL/XE game 'Detonationix'.

Yes indeed a game inspired by the original Gameboy classic with its block switching and turning fun is now available to enjoy on the Atari XL/XE as a development by Marting Simecek. As the description says; 'Although Detonationix is a logical game and on first look it is very similar to that classic game Tetris, the important fact is although the game does seem similar, it does have some different mechanics to make it slightly more unique'.