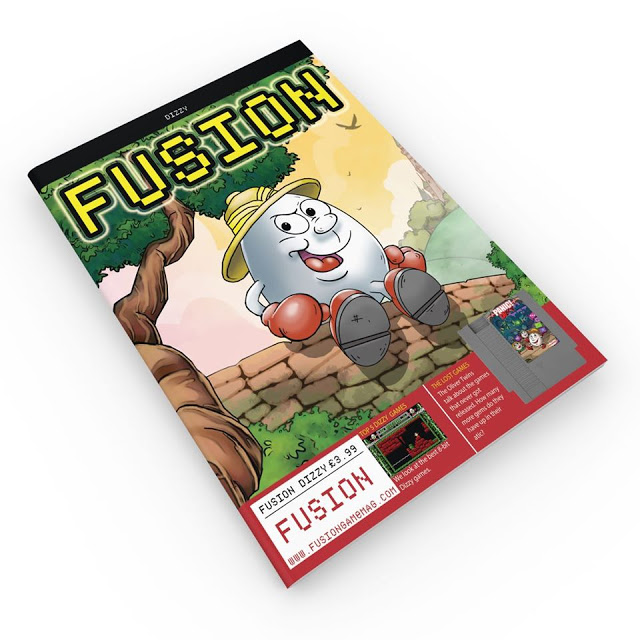 In June of this year we gave you the heads up regarding a great Dizzy gaming magazine called ' Fusion Dizzy ' which is a spin off from the Fusion issues usually featuring not just gaming news but also Handhelds and even Table Tops. Well it is looks as if Fusion Gaming Mag are true to their word, as thanks to a heads up from the project lead of Chris Wilkins, he has announced you can now pre-order the special 52 page issue of Fusion which is devoted to Dizzy called 'Fusion Dizzy'.

Sneak Preview!
Originally Fusion Dizzy was going to be a 52 page issue, whereby the printed version signed by the twins was going to be just limited to just the backers of 'The Fusion 2021 Annual ' Kickstarter; an Annual which covers all the best bits of the previous Fusion magazines that feature all types of gaming including retro, modern, Indie, table top and even toys. Well fast forward to this week and for those of you not following the Kickstarter can now pre-order the Dizzy issue, complete with all the best bits of Dizzy fandom you could ever want in a 52 page booklet/magazine!
Links :1) Source  (PDF too!)
at Monday, October 12, 2020