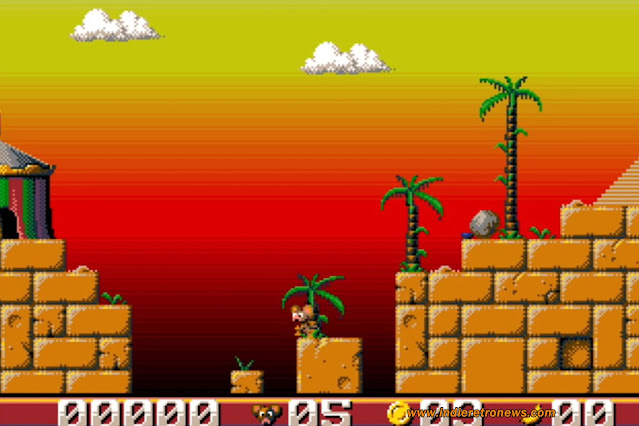 It was only just recently we did the first feature for Alpha One's upcoming Amiga platformer called 'Minkey'; A game in which you play as a little Monkey collecting objects, jumping on enemies, and avoiding dangerous traps spread throughout 11+ levels. Thankfully it looks as if the development of the game is still progressing at a good pace, as today the developer has just teased a new video showing a preview of world 2 level 1.

As we said before from our previous article. Minkey running on a standard A500, with 512k Chip and 512k Slow memory, but the game engine is 90% finished (as it was in R.E.R.O.), 11 levels are currently finished with the video showing level 2, new tilesets are due to be implemented for further levels, there are also more colorful levels ready with nice copper'ed backgrounds, and he is hoping the game will be complete at some point this year!