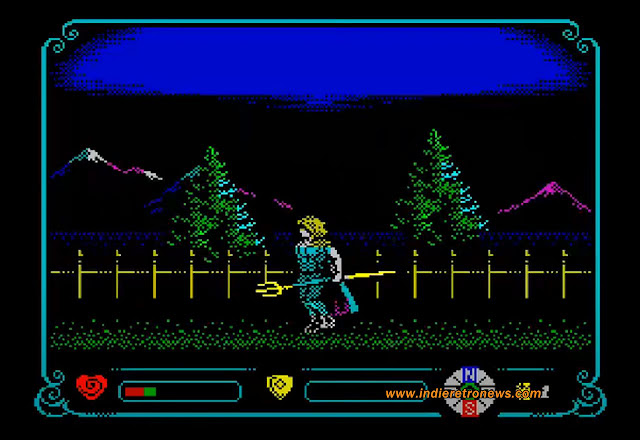 In January of this year we featured a stunning remaster of a classic game called 'The Dark'; A game originally developed by Oleg Origin back in 1997, which at the time we said was a rather unique ZX Spectrum first person shooter, that has similarities to the retro PC game of Quake. Well if you had played the game and want more for your ZX Spectrum enjoyment, you'll be interested to learn that as of today, you can download 'The Dark: Lost Pages — B-side of The Dark Redux'; a B-side of the upcoming Big Box release of The Dark. Redux.

According to Zosya, not only is The Dark Lost Pages a Prologue to The Dark telling the same story as the main game. But you must try to collect all the pages of The Book of History, play through a huge maze that needs to be explored and discovered, and you must also fight new enemies as a FPS with 9 new maps (and they are larger and more diverse than in the main game) and new types of enemies, including a fire-breathing dragon!