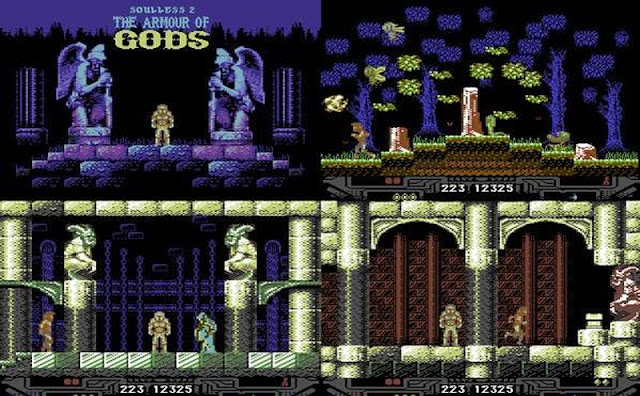 We've certainly had our fair share of awesome C64 game announcements this year, what with the upcoming release of A Pig Quest, the work in progress Another World, and L'abbaye Des Morts going free. But now another announcement has just graced our inbox, as the team behind Organism, Rocky Memphis - The Legend Of Atlantis, and Battle Kingdom who we know as Icon64, has shown off some brand new hand-cam footage of their upcoming game 'Soulless 2'.

Soulless 2 is the sequel to Soulless and unlike the first game this one is more Antiriad and less Draconus and Impossible Mission that was seen in the first game. It features multiple areas including forests and temples, different deadly enemy types and plenty of blasting action to be had. As for the footage above or linked (here), the team was keen to show off the latest developments for the temple level.