Tapper - Arcade beer drinking classic on the Amiga gets another update 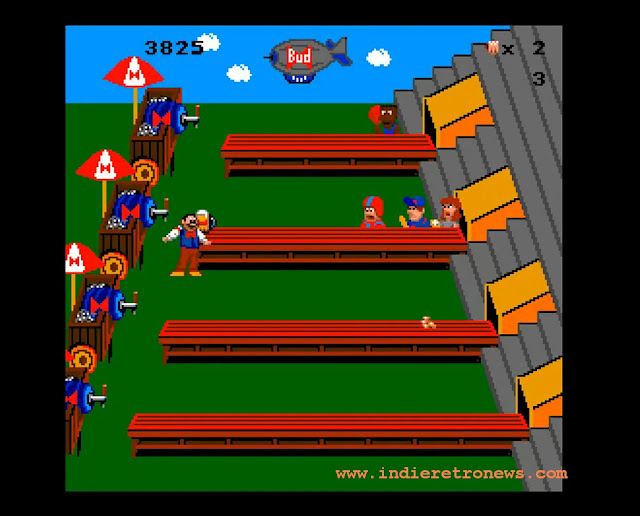 We've featured the 1983 game of 'Tapper' a number of times now, as throughout these last few months we've been telling everyone, that the beer serving Arcade game originally by Marvin Glass and Associates released by Bally Midway, was coming to the Amiga as an Arcade port. Well today we have another Tapper news story for you all, as Saberman has told us that the in development Amiga version has not only been updated with a new menu system, but you will now also die when one of your beers goes over the end of the bar.

Yes indeed if you loved playing that classic game, then Old_Bob has got you covered with this new version of 'Tapper' on the Commodore Amiga. As not only does it look to require an Amiga OCS with 1mb Chip Ram, but the game now has new sound effects and music played throughout the levels , as well as the new additions listed at the top. So yes certainly a game worthy of a play through even if it's still being developed!