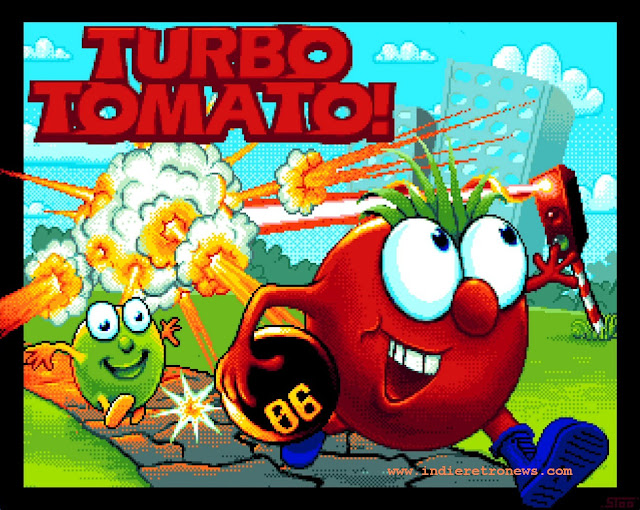 It's an early morning news story for all you Amiga owners, as we've been told by Tony Aksnes, that a new game is due to be released next month or perhaps July called 'Turbo Tomato'; a game that is coming soon from NIVRIG GAMES and BITMAP SOFT, as a highly-explosive arena battle game with requirements of just an Amiga 500 or an Amiga CD32. To coincide with this news story, the team behind the game have released a new gameplay trailer viewable here or below.

Take control of Turbo and Nitra Tomato in fast, one or two player co-op arcade action gameplay across four non-linear worlds packed with power ups, bonus items and increasingly dangerous crazed mutant fruit and vegetables. Survive the darkness that has spread across the garden turning fruit and vegetables into dangerous enemies. You are the hero of this story, flee your home and try to survive the evil that has spread across the land.