Dungeons and Dragons Animated Series Fan Based Brawler gets a PC release! 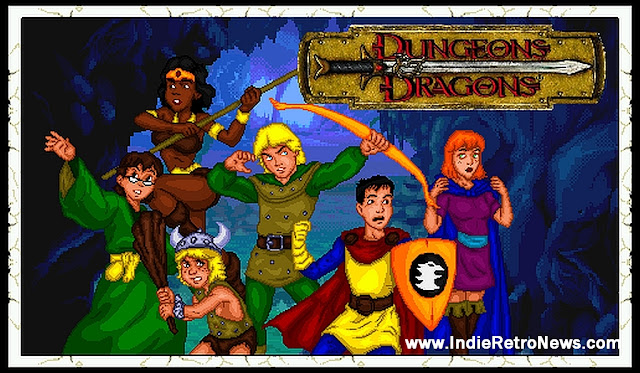 I'm sure you'll agree with me there are some very good OpenBOR games out there, taking the best of well known characters from fighting anime's and movies and putting them against deadly foes in the latest fan based games. But today we have a special treat for those of you who grew up through the 80's, as ZVitor has released the Dungeons and Dragons Animated Series (Fan Game): A direct homage to Capcom's classic D&D Arcades such as "King of Dragons" and one of the best Cartoon TV shows which ran from 1983 through to 1985.

Yes indeed for those of you who love beat 'em ups and fighting games, and remember the classic cartoon of Dungeon and Dragons. Will be pleased to learn that this game released by Zvitor, brings all of the characters to life each with their own special skills, while offering colourful state of the art pixel action through a multitude of different themed levels. So yes whether you're a Ranger, a Barbarian, a Thief, a Magician, an Acrobat or a Paladin, you owe it yourself to give this fan game a try!