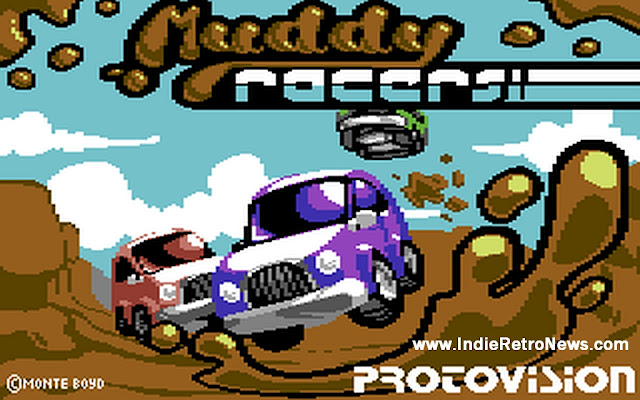 Great news if you're looking for something fresh for your Commodore 64 other than all the Shoot 'em ups we keep featuring, as thanks to Milo giving us the heads up via Facebook, we've been told Protovision will soon be publishing a brand new Arcade racing game called 'Muddy Racers'. A game in which playing as one of four racers each with their own personalities, must race around a track, bouncing into other opponents while hoping to win the top spot in the Leaderboard. 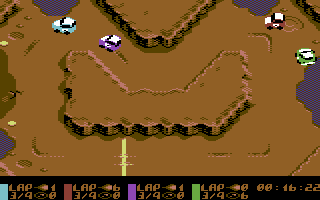 Zoom through 18 different tracks across three stages filled with tight turns, long straights, off road hazards and crazy jumps! Up to four players can join the the fun! Compete for the best time in a single race, or take on the ultimate Championship mode and see who finishes on top of the leaderboard. If that wasn't enough to whet your appetite, the game also features computer racers with different racing styles, upgrades and power ups, a thumping soundtrack by Kamil 'Jammer' Wolnikowski, progress automatically saved to cartridge and finally will be fully PAL & NTSC compatible.