MECHWARS: CENTIPEDE - A rather cool looking Centipede inspiration is coming to the ZX Spectrum 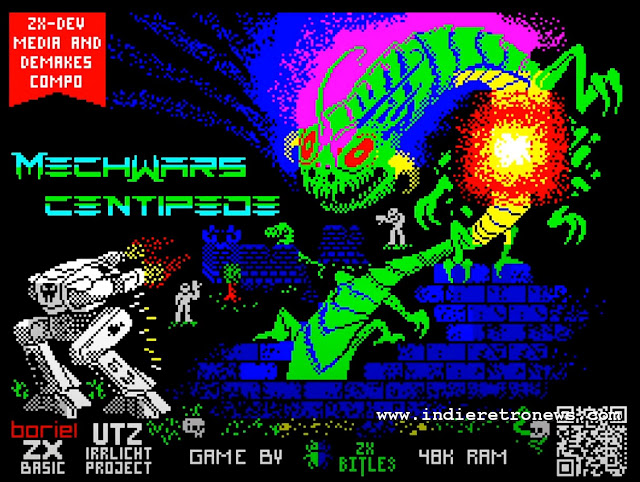 We've featured a number of great games by ZXBITLES over the last couple of years, from RED RAID THE BEGINNING to RED RAID: THE INFILTRATING on the ZX Spectrum. Well today's news came as a complete surprise to us via the Speccy forums, as we have just found out that the same team behind those games, is working on a Centipede inspiration called MECHWARS: CENTIPEDE; a new game for "ZX-Dev Media&Demakes" compo which has been teased in this latest project video viewable below.

Centipede was released as a vertical fixed shooter by Atari in 1980 and also featured in the more recent Pixel movie, the game had you defending your garden against not just spiders and scorpions but also a rather nasty splitting Centipede. What differs in this game from what we can so far, is a great soundtrack (which is likely to change), a really cool loading screen, and you play as a giant mech battling what looks to be a demonic Centipede behind towered walls.