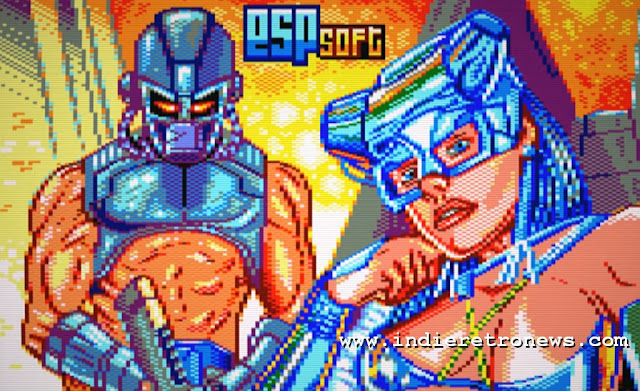 We were a bit late on this one as it seems the Amstrad homebrew community isn't really interested in IndieRetroNews, but if you're looking to play a rather decent looking game on your Amstrad, then you might like to know, that ESP Soft has released the action platformer of Siemb Chronicles: Arkos the Traitor; A very challenging game in which you must fight an endless array of dangerous baddies defending the the evil Arkos the Traitor on the planet Hypsis.

Yes indeed another decent Amstrad game has appeared, and unlike the previous homebrew games which were Shoot em ups, this one is a platformer set across two different phases each one varying in style, both enemies and level design. In the first one you will approach the complex of facilities and production center of the overthrown Gremla government. A hostile place full of Orcs and indigenous beings of the area. And in the second at the well-known Imperial Development Facility, your objective will be to escape the facilities and reach the ship that will allow you to escape from the planet. So good luck!