Dizzy The Adventurer - An unreleased Sega Megadrive Dizzy game as a remake for the PC gets a FREE release! 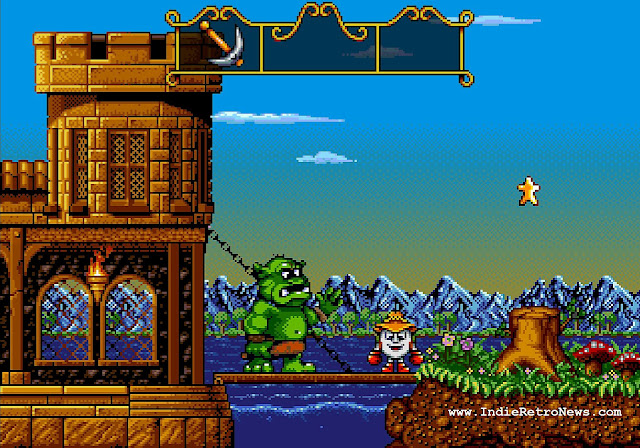 Dizzy fans it's a time to rejoice once more! As if you loved playing any of the Dizzy games by the Oliver Twins back in the 80's and 90's, or the brilliant and highly enjoyable Wonderful Dizzy on the ZX Spectrum back in 2020, you'll be overjoyed to learn that as of today, you can now download the completely free version of a high quality and rather special Dizzy experience for the PC called Dizzy The Adventurer!

Dizzy The Adventurer on the NES was originally called Dizzy Prince of the Yolkfolk which appeared on the Amiga, Amstrad, CPC, Atari ST, Commodore 64, ZX Spectrum and DOS but was released in 1992/3 as an enhanced and re-released a Deck Enhancer version. When it comes to this release of Dizzy The Adventurer for the PC however, this was going to be part of The Excellent Dizzy Collection for the Sega Megadrive but due to time constraints at the time was never completed or released! Well not until Team Yolkfolk got their hands on it, and and painstakingly made it their passion project to release it for the PC anyway ;)