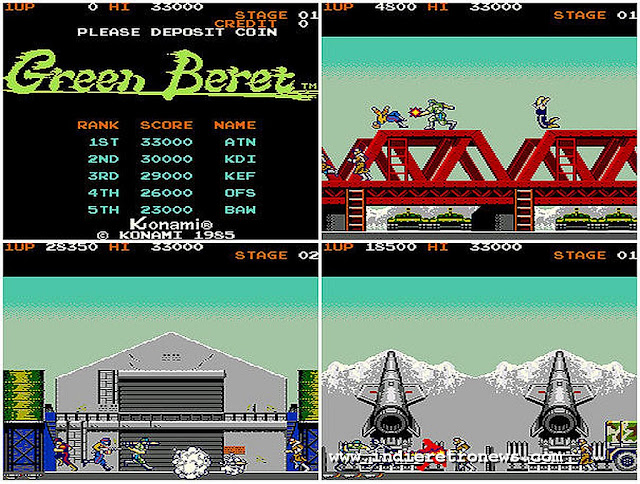 Green Beret was an action arcade game released by Konami in 1985. It is remembered for its Cold War setting and its reliance on the player using mainly a knife to dispatch enemies, although you were able to collect many different weapons including the flame thrower. Green Beret was one of the hardest games I had ever played on the Amstrad and yet was one of the games that gave me the best memories! So why is this game getting another mention on IRN? Well as of today Dante Mendes has shown off some brand new footage of the upcoming Amiga version, which is being developed using the Earok's Scorpion Engine!

Yes indeed thanks to another heads up via Twitter, we have learnt that Green Beret is not only still coming to the Amiga coded by Dante Mendes, but it now features a great rendition of the NES Rush'n Attack OST created by the talented DJ METUNE (Martin Eriksson, Amiga's Rygar musician, as well as new cutscenes, gyrocopters and more shown in the footage above! So yes if this game gets a release this year, expect it to be another Amiga hit!