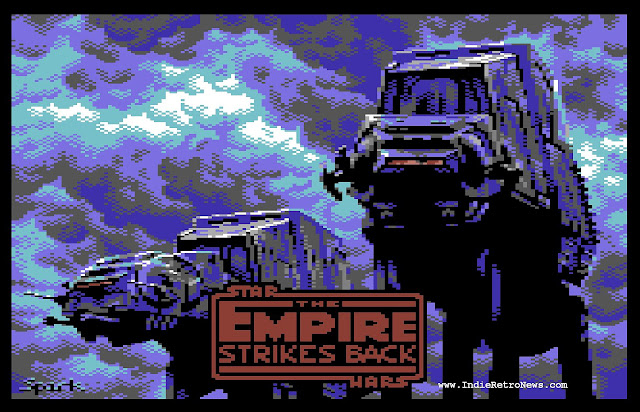 Well, it’s that time of year again when we all suddenly become sci-fi nerds and amusingly misquote Star Wars for 24 hours, so to celebrate the geek in-joke turned global holiday that is Star Wars Day, we present you a brand new game for the C64 which is sure to excite many in the retro gaming community. Welcome to 'Empire Strikes Back' for the C64 by Megastyle; A Commodore 64 fan version of the original Parker Brothers game "Empire Strikes Back" which appeared on the Atari 2600 and the Intellivison way back in 1982! 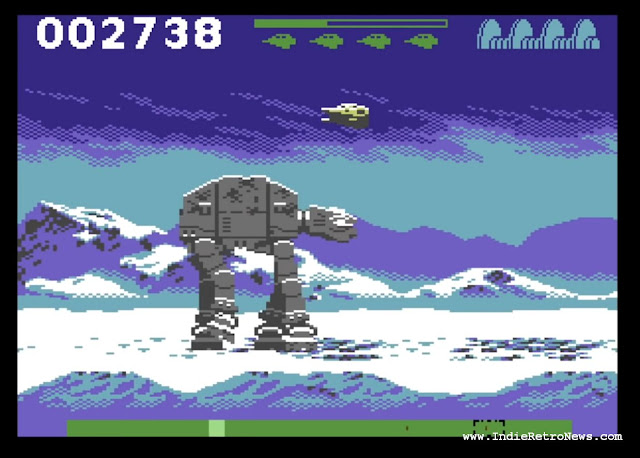 While many of you probably remember Empire Strikes Back on the C64 which was released back in 1988 by Domark that relied on the heavy vector line graphical environment that so many of us were used to and enjoyed in the Arcades. This version however is a big nod to the classic Atari 2600 version, as a side scrolling shooter pitting a snow speeder against an army of AT-ATs in a bid to protect the rebel base on Hoth from attack!

Here is what the website says about this fabulous game for the C64 " 40 years after the Atari and Intellivision games were released, Megastyle is now proud to present to you: The Commodore 64 fan version of the original Parker Brothers game "Empire Strikes Back". In this version you have to protect the rebels power generators from the walkers - just like in the original Parker Brothers game. Only this time on a Commodore 64 and with 8 levels, new enemies, cut scenes and end sequence. "