Exolon REDUX - A retro gaming classic by Hewson gets another unofficial remake! 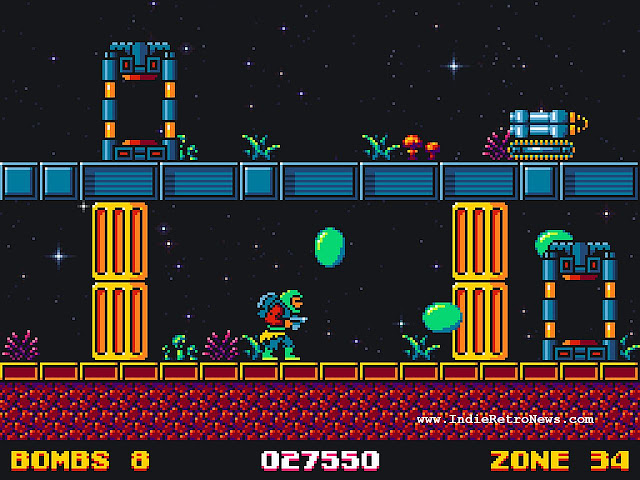 In 1987 Hewson released the excellent action run and gun game ' Exolon ' for the ZX Spectrum, C64 and Amstrad CPC, with a later conversion to the Enterprise 128, Amiga and Atari ST. In the game, you played as a sci-fi soldier across multiple screens blasting away enemies and defending yourself against gun defences as well as homing missiles. Well if you remember this fine game, you may be interested to know that at as of today, you can finally play the brand new remake of 'Exolon Redux'; A remake of that classic game which has been created by Ben James for both Windows and Browser Play!

Take the control of a sci-fi soldier as he battles his way across several levels, filled with strange alien enemies, gun turrets, missiles and other disastrous foes. Oh and as a side bonus if you don't upgrade to an exoskeleton using the pod, you'll gain an end of level bonus! So yes if you loved playing the 1980's classic that is Exolon, or the 2005 version of Exolon DX by Graham Goring and team, you are sure to like Exolon Redux by Ben James!