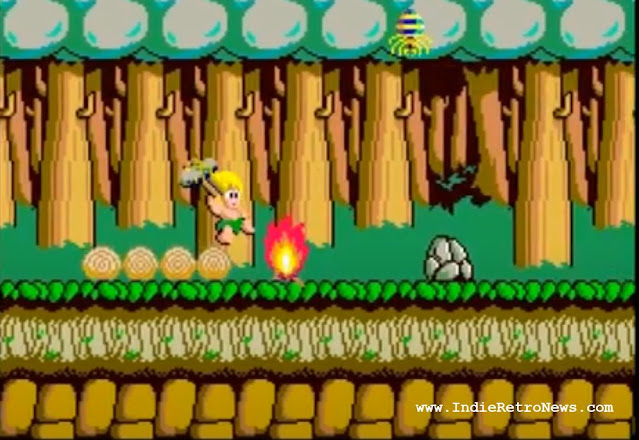 Wonder Boy is a game designed by Ryuichi Nishizawa which started its life as a skateboard rock jumping and axe bashing platformer, that later became the great adventure platformer with RPG elements known as ' Wonderboy in Monster Land '. Both of these games have lived on in the hearts of many, and as such, one fan is still developing his own Wonderboy game, but this time as an Amiga port of the Arcade classic with a new video tease shown below.

We've mentioned a lot of Arcade conversions on Indie Retro News and you'll be pleased to learn that not only is Wonderboy being made using Earok's amazing Scorpion engine , but the game is also being made with Aseprite and PPaint with a palette of 32 colour, requirements of an OSC with some extra memory. For those of you hoping to play the game this year, you'll be pleased to know that not has the developer known as Acidbottle said "the end is in sight", but "there's just some bugs left to fix". So yes if you loved playing this classic in the Arcades you're sure to like this upcoming release for the Commodore Amiga.