Missile Command on the Amstrad CPC+ and GX4000 and it looks pretty decent! 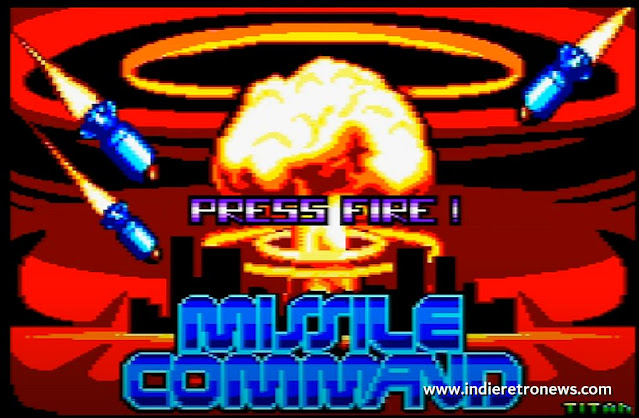 The iconic Atari game Missile Command didn't get the best of ports even on the Amstrad, but that is about to change. As thanks to yet another gaming heads up from Saberman, he has told us that Ayor61 and team, have released a much improved version of the game over to the Amstrad CPC+ and GX4000. As in the words of Ayor61 "For 50th years birthday of Atari, and as a tribute to one of my first childhood game on Atari 2600, Here is Missile Command! An adaptation from scratch for the Amstrad GX4000 / CPC+"

As stated by the wikipedia for Missile Command : The player's cities are being attacked by an endless hail of ballistic missiles, some of which split like multiple independently targetable reentry vehicles. As a regional commander of three anti-missile batteries, the player must defend six cities in their zone from being destroyed or it's a game over. So yes if you loved playing this classic game back in the day, you might like this latest versions for your CPC+ and GX4000!