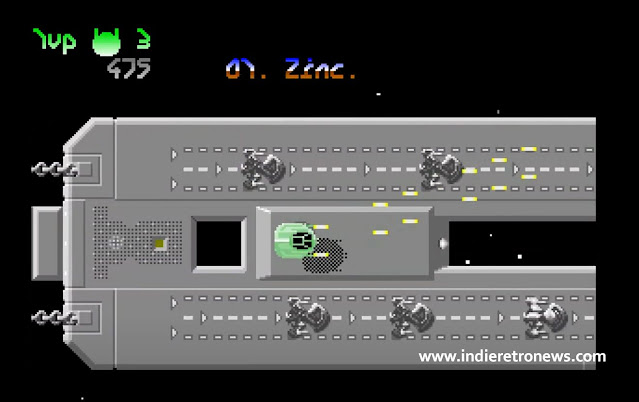 A long time ago Hewson Consultants made great games for old retro computers such as the fantastic Uridium, Paradroid, Cybernoid, Exolon, Nebulus and many more were just some of the games they released that many of us have played and enjoyed. Well if you loved playing Uridium back in the day and want to see what the original game would look like on the Amiga, then we have been told a demo has surfaced of the unofficial Amiga version which has been recovered and made available for download.

Here is what the website says about this game which has now been archived "The above release sent by Kenz is from an unofficial Amiga version of Uridium. Basically, it looks like some guys attempted to do an Amiga version of the game which still looks very similar to the C64 version. The demo seems very unfinished although the main "core" of the game is there. Also you you can only play one level of the game and you can't actually land so there's no subgame. There's no title music either, just a few simple spot fx in the game itself".