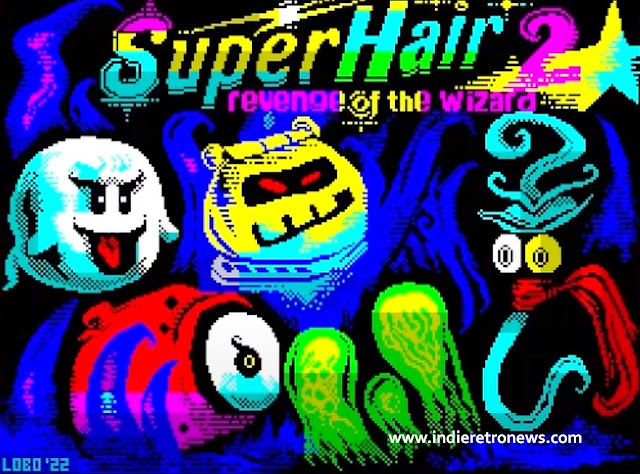 Putting aside the Amiga and Amstrad news, as we've just come across an update from Micro Chops, that a new game is being developed for the ZX Spectrum called Super Hair 2 : Revenge of the Wizard. A game which doesn't just star the character Super Hair, but unlike all the previous platformers we've featured with this character, SuperHair 2 Revenge of the Wizard is going isometric. In light of this news, there's a new trailer for the game you can view below.

We are proud to announce SuperHair 2 Revenge of the Wizard, a new game in the series as a fabulous speccy isometric game that works on both 48k and 128k ZX Spectrums. If you've ever played any of the Ultimate Play the Game titles then you know what to expect with this upcoming release, traverse through many different rooms, move objects about, jump on objects to reach new areas and try to avoid the deadly enemies that are out to get you. Seriously if you love playing any of the isometric classics back in the day you are sure to like SuperHair 2.