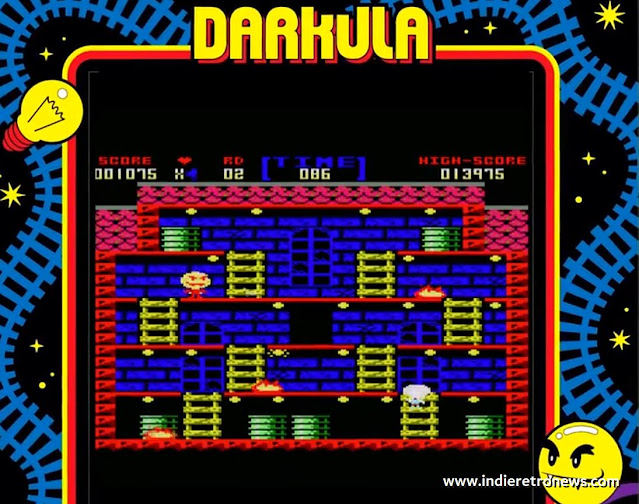 Fabulous news has just hit our inbox, as we have just found out, that if you have enjoyed any of Locomalito's games such as Maldita Castilla, Super Hydorah or even Darkula. You'll be pleased to learn that the 2019 PC game of Darkula, is being ported over to the Amstrad CPC by 21Bloques. A frantic fixed platform game designed like a 1983 coin-op arcade, with inspirations such as Mappy, Mouser, Arabian and many other great Arcade classics!

Originally designed by Locomalito with music and sound by Gryzor87 for the PC Version. Darkula was presented with its first dedicated arcade machine at the ArcadeCon 2019, the game mimics the technical specs of the time in terms of image and sound, with added smooth playability and a scoring system carefully designed for local tournaments.... So yes if you enjoyed the PC version back in 2019, you'll not want to miss out on this Amstrad CPC version due at some point in the near future.