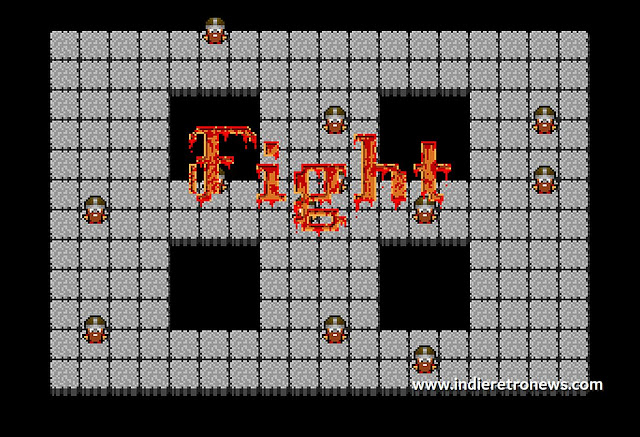 Last Minute Creations is certainly no stranger to Indie Retro News, creating unique games such as GermZ and Atarenium Falcon. Well here we are with another Amiga news story for our fine readers, as the same developer has contacted us to let you know of a new game they've released called 'Chaos Arena'. A new multiplayer game in which playing as any number of warriors on the screen must push each other off the Arena to be the last Warrior standing. In light of this news, Saberman has also done a gameplay video for you to watch.

If that wasn't enough to pull you in to play the game, here's what the creator(s) said about Chaos Arena. "Welcome to Chaos Arena! Pit yourself against seasoned warriors in the most frantic duel to date! Every warrior looks the same, so your first challenge is to figure out who's who. The only way to defeat others is to push them out of arena with your attacks, but beware - your fierceful strikes may also push you into abyss. Also, the arena constantly crumbles, so no hiding around! The last man standing wins."