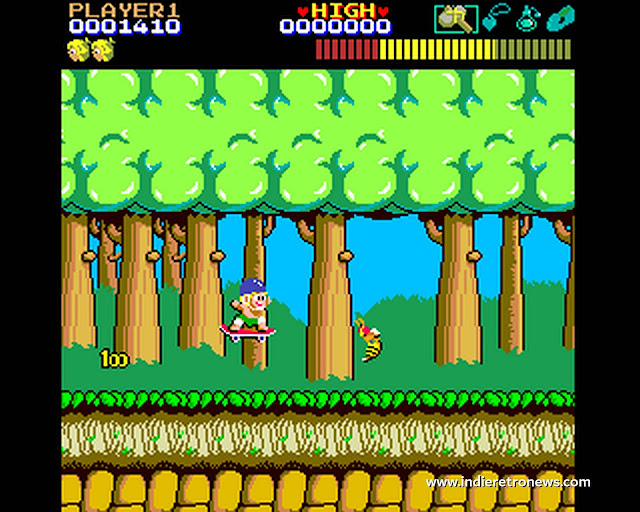 We've featured Wonderboy many times now on Indie Retro News, from the modern remake of Wonderboy The Dragons Trap, to the Amiga versions of Wonderboy in Monster Land SE, and the more recent Arcade to Amiga port of Wonderboy by Acidbottle. Well here's another Amiga update for you all, as we've recently found out through his website, that Acidbottle has released a brand new update to his previously released Amiga version of Wonderboy. In light of this news you can check out some footage of the game running on real hardware and emulation below.

We've mentioned a lot of Arcade conversions on Indie Retro News throughout the years, and you'll be pleased to learn that not only has Wonder Boy been created using Earok's amazing Scorpion engine using Aseprite and PPaint with a palette of 32 colours. But while the game does require an Amiga with at least 1MB Chip and 1MB of either chip, fast or slow ram. You will be very much entertained traversing through 28 levels of deep dark forests, endless oceans and arid deserts, all the while, fending off nasty creatures and natural disasters.