GODKILLER (2019) NEW TIMELINE EDITION teased prior to the upcoming Godkiller 3! 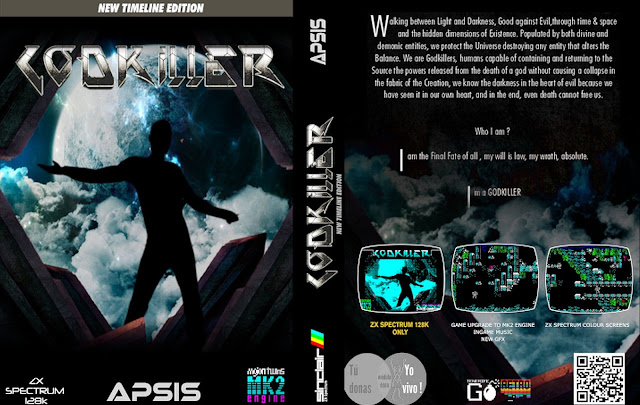 Way back in 2014 we said that the original Godkiller, developed by APSIS using The Churrera by the Mojon Twins and Neil Parsons for the awesome music, was a really good ZX Spectrum game that not not only featured great 8bit graphics but also top notch graphics with a personal quest as a Godkiller reborn to take revenge on a god who has murdered your wife. Well fast forward to this month however and not only has Godkiller 1 been given a new look but so has Godkiller 2 in light of the upcoming Godkiller 3.


Although we don't know anything about Godkiller 3, even though I'm sure it will be just as good if not better than the previous games, the developer has decided to update both Godkiller and Godkiller 2: Exile to the mk2 engine , with music in the game, new graphics and new manuals which puts them in tune with the next Godkiller 3. So if you want to play the original Godkiller with new improvements, head on over to the download link below...

Godkiller 2 update will be coming soon!