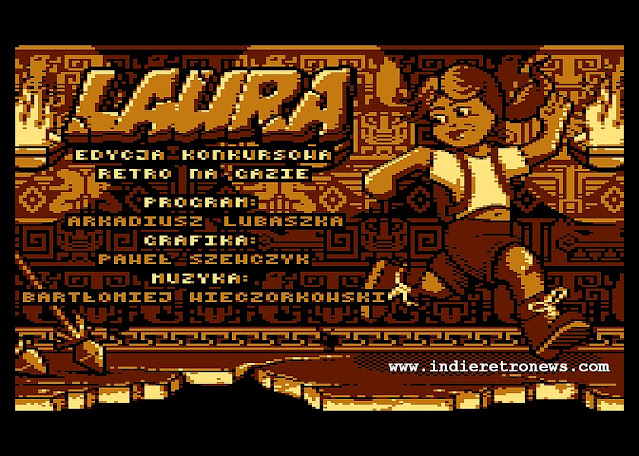 If you're looking for something nice to play over this weekend on your Atari XL/XE, then look no further than the competition edition of the previously released puzzler 'Laura'. A game that was not only originally released way back in 2018 as the new adventures, but it was a Christmas gift from ccwrc and Larek that added new levels to the game. This competition version however, yet again features new levels, but this time including all the stages sent to the competition announced at retronagazie.eu.

As we said this game is rather nice sporting a lovely soundtrack and clever levels, but beware the competition version of Laura is not for those who don't like challenging maze like puzzle games. As in this game you'll not only need to collect items spread across the level, but you'll need to think ahead before you move, plant a bomb or even to avoid getting trapped by the ever flowing water which will drown you if you get to close.