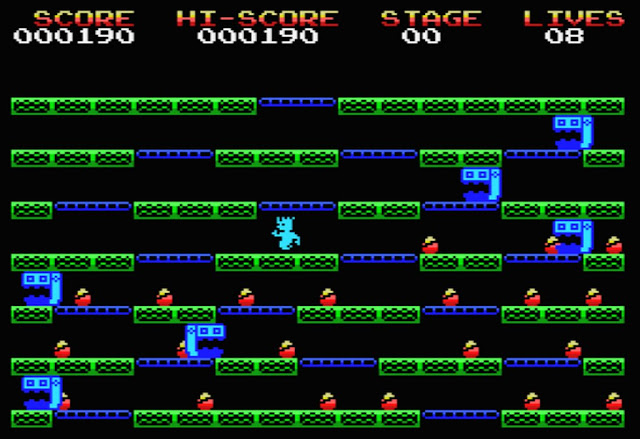 A new homebrew for you to play, as this week Sfranck72 released his very first MSX game called Lizard Willy. Developed in assembly and inspired by the ZX Spectrum game Endless Forms Most Beautiful, you play as what looks like a blue ghost who has to traverse through 7 difficult multi-themed levels, avoid lots of different enemies and finally collect all the cracked eggs for a level completion!


Be aware Lizard Willy is a very challenging game that requires both skill and timing. Your little blue character can only traverse downwards through each blue floor, and can only move off the screen to reach another higher platform. This is especially more difficult as each enemy has different moving patterns, some are slow and some are very fast and hard to avoid. Thankfully, the game is not only completely free but its also downloadable and playable via a 32k rom on both real hardware and via the emulator BlueMSX!