Thimbleweed Park 64 - What if, of Ron Gilbert and Gary Winnick's Adventure on the C64 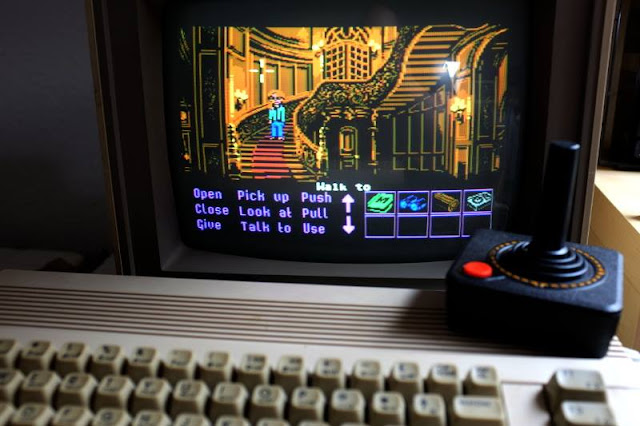 At the end of last month we shouted to the hill tops about the release of Ron Gilbert and Gary Winnick of Terrible Toybox's adventure game 'Thimbleweed Park'. It is a game that has that classic look of their previous incredible creations Maniac Mansion and Monkey Island, which was met with high praise with all the charm, look and feel of the golden age of adventuring. So you can kind of understand why retro gamers have started to wonder what this game would look like, if it was actually released in the 80's/90's such as this lovely What if mockup by PriorArt on the C64 ( Caren and the Tangled Tentacles devs ). 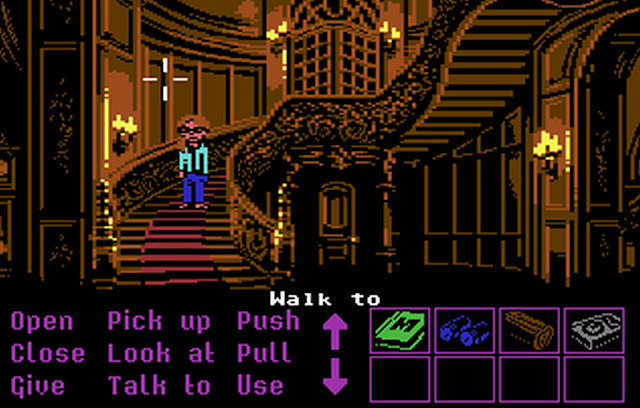 Now before this mock up was shown, there was already other images of the game as a what if, but that was not only on the Amiga, it was done as a slideshow and used from the original game, however this is different. Unlike the Amiga version which was re-used images, PriorArt has actually recreated an entire game screen, including the character on the C64. Which is incredible stuff, as not only does it look beautiful but it shows the amazing talent by the creators of Caren and the Tangled Tentacles.