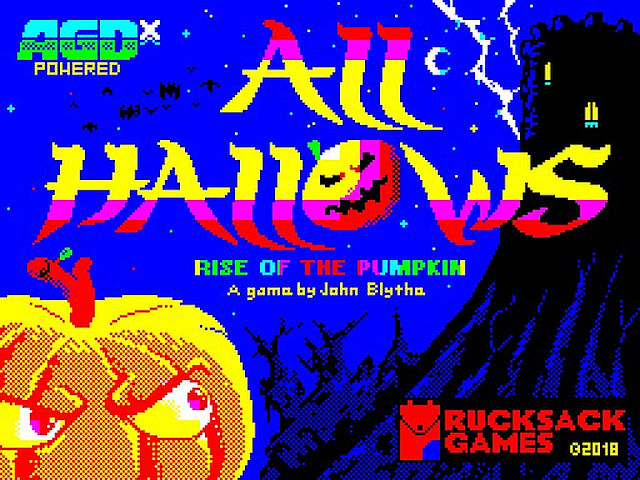 John Blythe‎; the creator of such great ZX Spectrum games as Foggy's Quest and even The Incredible Shrinking Professor, has recently posted some new screenshots including a video regarding his work in progress ZX Spectrum game called ' ALL HALLOWS - Rise of the Pumpkin '. Due to be released very soon as the game is near completition ( perhaps before Halloween ), ALL HALLOWS puts you in control of a bouncing Pumpkin on a quest to stop The Dark Forest Lord. 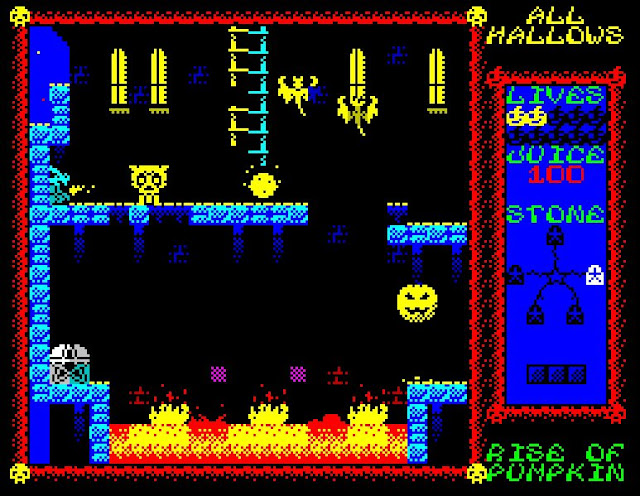 Having the eye candy of an updated Cauldron, this new game by John Blythe‎ looks every bit as good as his previous games, as not only will it feature top quality gameplay of which we have come to expect from John Blythe, but it will have great speccy graphics and will make you feel like it's Halloween. So keep an eye on this game as there's just the completion code and a few other bits to do, but it's nearly done :)