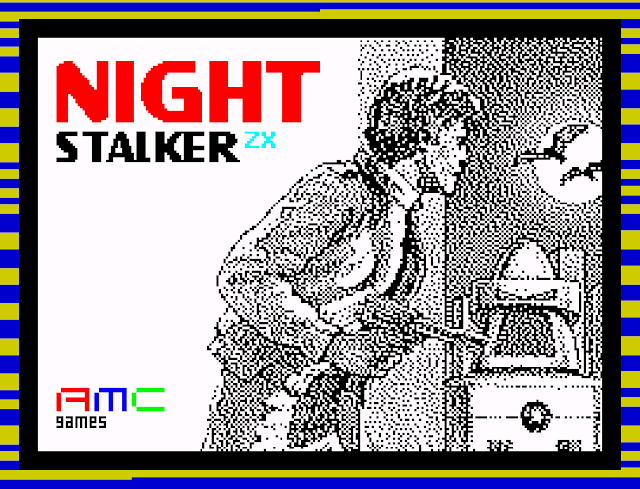 Before the clock strikes midnight there's another game worth mentioning, as thanks to a heads up by Aleisha Cuff, she has told us 'NIGHT STALKER ZX'; A port of the classic Intellivision maze shooter for the ZX Spectrum 48k, has finally been released by AMC Games! If you've never heard of this game before, it was originally released in 1982 for the Intellivision and later ported over to the Atari 2600 as Dark Cavern, with a release also for the Apple II and IBM PC in 1983.


Night Stalker ZX is a fantastic and enjoyable port of the top-down maze shooter originaly designed by Steve Montero. The idea behind the game is simple enough, walk around the maze, pick up the gun and shoot as many critters as possible for an ever higher score. And that's pretty much it, so load up that ZX Spectrum 48k and have a blast, it's a lot of fun.