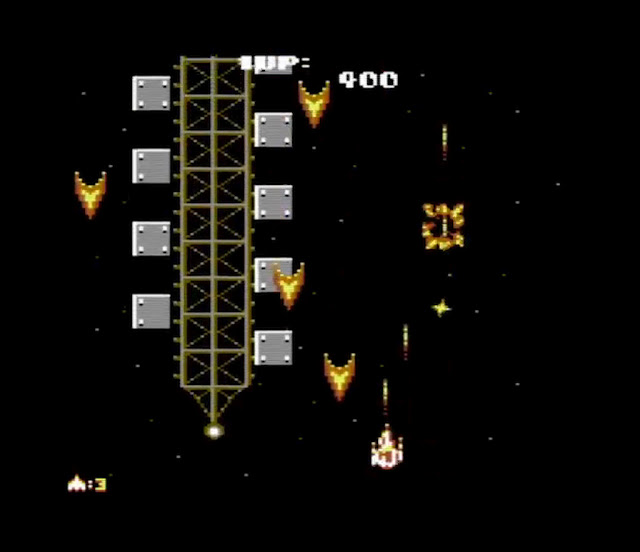 As many of you know by now, the ex-SEGA game developer and author: Sarah Jane Avory is working on a fabulous RPG for the C64 called ' Briley Witch Chronicles ', which by all accounts isn't just a good looking game, but will have lots of interesting features that is sure to whet your appetite. Sadly this isn't an update about Briley which is still in development, but the good news is she is working on another game, which looks to be an awesome looking Shoot em up called ' Neutron '.


#C64 #SHMUP progress: okay, I've been fiddling with some sound, so this is a very (and I mean very) rough WIP... pic.twitter.com/TYZXtTVoAw
— Sarah Jane Avory (@SarahJaneAvory) January 20, 2019

#C64 #SHMUP progress: tweaked the music a little, and speed it up a bit, plus added a new pickup sound.😀So, here's another video...🙂 pic.twitter.com/iFJKrLwjN2
— Sarah Jane Avory (@SarahJaneAvory) January 21, 2019


Featuring a wicked soundtrack, smooth scrolling and LOTS of enemies to blast away. The developer  has told us Neutron is being developed on her PC using her own assembler build, including character and sprite editors, but she does go on to say it is being tested for the C64 using the emulator Vice! As for a release date, the game has only been in development for a month, so there's a long road ahead.