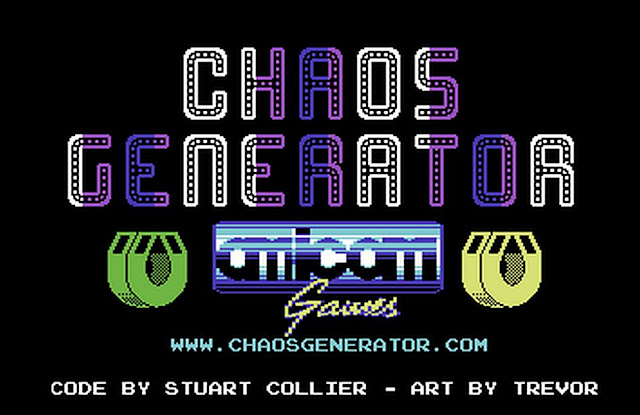 You would think Icon64 would take a time out after putting all that effort into Sizzler, Rocky Memphis : The Legend Of Atlantis and The Sky is Falling, but not so! As this month after already announcing a game called Lord of Dragonspire, they have now teamed up with Amicom Games and in association Psytronik Software to bring us a new game called Chaos Generator ; A C64 Pac-Man style game with an Arcade Action musical twist that is coming soon as multiple formats 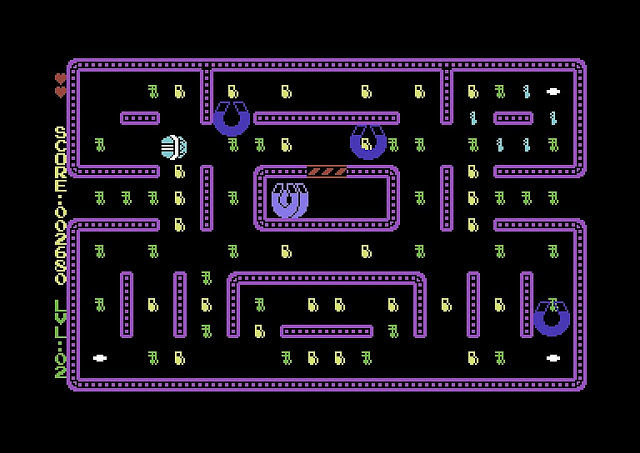 Yes indeed another C64 game is coming and unlike the Pac-Man game we are so used to, in this one playing as the Synthpop band Chaos Generator, you must collect all the songs from their album after being lost by the producer. Collect power dots across the maze to eat your enemies, collect tunes in a specific order to complete the level, and help the producer to get the songs to the record plant at all costs!

CHAOS GENERATOR will be released in the following formats for the C64:-