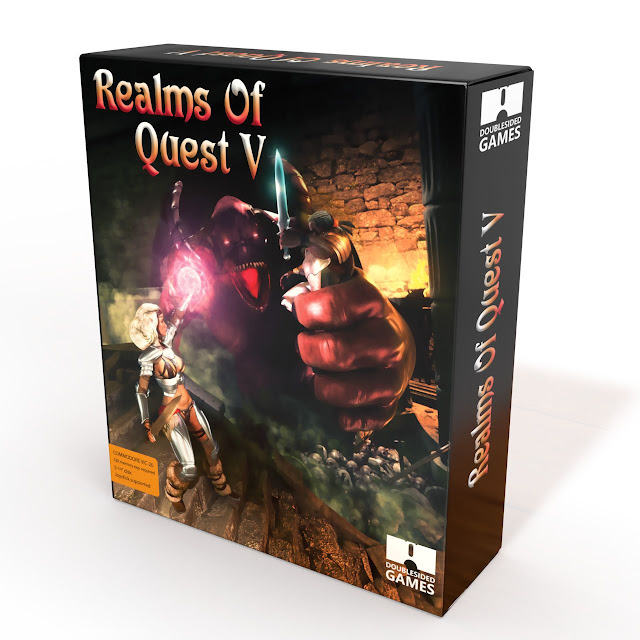 Way back in 2014 developer Ghislain de Blois released Realms of Quest IV for the Commodore VIC-20 through the publisher Psytronik. It was another game in the series as a fine tribute to classic style turn based, party based dungeon crawlers of the 1980‘s, with graphics reminiscent of the early Wizardry games I-IV. If you remember those awesome games, you'll be pleased to know Double Sided Games has finally released the sequel to the epic series as ' Realms of Quest V ' by Ghislain De Blois@hitfan2000!


The previous game in the series had wireframe graphics, a 10 level hand designed dungeon complete with spinners, teleporters, pits, and darkness zones, monsters galore, plus a temple to heal your characters, a shop to purchase and sell equipment, and an inn to rest and train levels. But this latest game has gone much much further. As according to the original write up, it now requires a 32K RAM expansion, has multiple disk sides, hundreds of monsters, characters and portraits, many different players and classes, a huge party of up to 10 player characters ( possibly a record ) and much much more you'll just have to see for yourself.