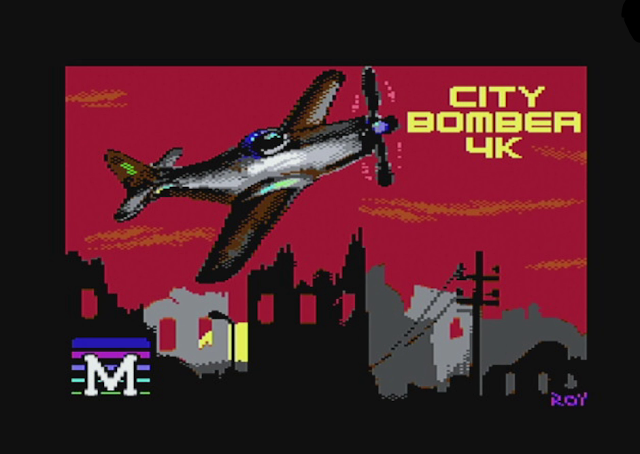 This one is for anyone who enjoyed the City bomber type games on the 8bit home computers. Inspired by Blitz on the VIC 20, I remember this type of game from playing Night Raider on my friend’s brand new Amstrad CPC 464 in the 1980s. I even tried unsuccessfully to port the game onto my C64 using BASIC, so I’ve always had a soft spot for the game’s simplicity. The game was developed by Docster of Megastyle, and released last year as part of Bobr Games’ Single Button Games Collection cartridge, and yesterday Megastyle released it on their itch.io download page and available for free.


City Bomber 4K continues the exploits of Captain Cloudberry (another single button game released in the first Single Buttons Games Collection (K & A Games). You’re trying to destroy a number of zombie infested cities, but are also running out of fuel and are gradually descending down the screen. If you don’t flatten the city with your bombs - released by pressing and releasing the fire button - you’ll inevitably crash into any structures still standing. As each time your plane reaches the end of the screen, it turns automatically to fly back over the city, but this time a little bit lower on the screen. Flatten the city and land the plane and repeat through a series of levels with increasing difficulty. 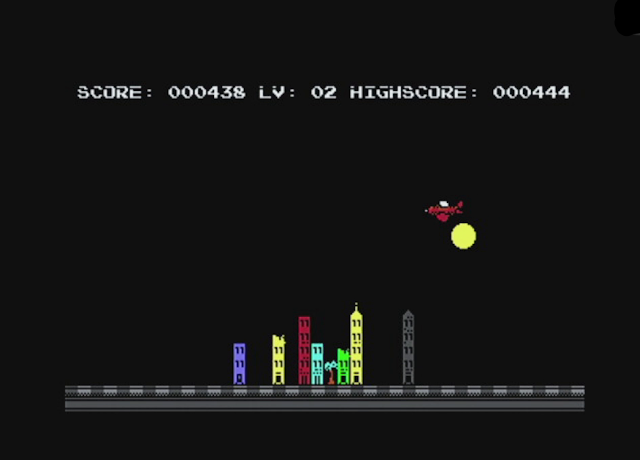 This version of the game probably looks better than any other version released on the 8 bit computers. The plane and city have been drawn brilliantly. The game fits into 4KB, and has been released as a warm up to Reset Magazine’s 2020 4KB Craptastic games compo which is accepting new entries up until June. It features 5 levels of difficulty which determine the size of the city you need to destroy and also two game speeds: Fast providing the ultimate challenge to budding bombers. This gives the game surprising variety, as you can combine level settings and speed. There is also a fun but repetitive version of the main verse of “We’ve gotta get out of this place” by The Animals playing in the background as you play. Also watch out for the trees: I didn't realise when I first played this last year that they must be destroyed also and not just the sky scrapers. 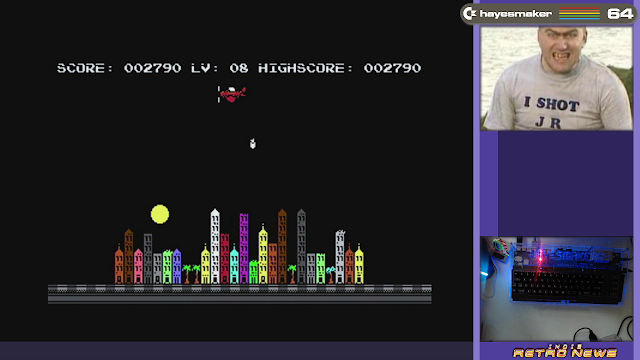 This version differs slightly to the version released on cartridge last year, as it has an added title screen, and some docs added which you can view before the game starts. Otherwise the title screen and main game appear unchanged. If you enjoy single button games such as Flappy Bird, Captain Cloudberry and Wave Hero, definitely consider getting the physical edition on disk through Psytronik, or the cartridge version which I have, through Bobr Games or Protovision.