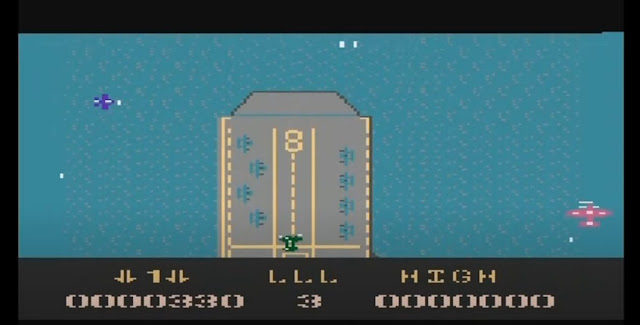 Trawling through our Twitter page, we were politely informed this week that the 1986 Top down shooter of ' Screaming Wings ', which was originally released on the Atari 8bit, Amiga and Atari ST by Red Rat Software, has just been improved by Franco Catrin. This game which is very similar to the hit classic 1942 and can be regarded as a clone, has now been gameplay improved as the graphics are much more appealing across the board.


The creator of this improvement has said he did some changes for the Screaming Wings game to improve the graphics and also to improve the gameplay with it as well. He felt in regards to the classic game, that it was far too hard because you couldn't see the bullets or the enemies against the background, so he changed them in this updated version for the Atari XL/XE to make it much more enjoyable... Of which you can see in the comparison videos above.