Devil's Temple : Son of the Kung-Fu Master - Kung Fu Remaster has now evolved into an Amiga OCS spin off! 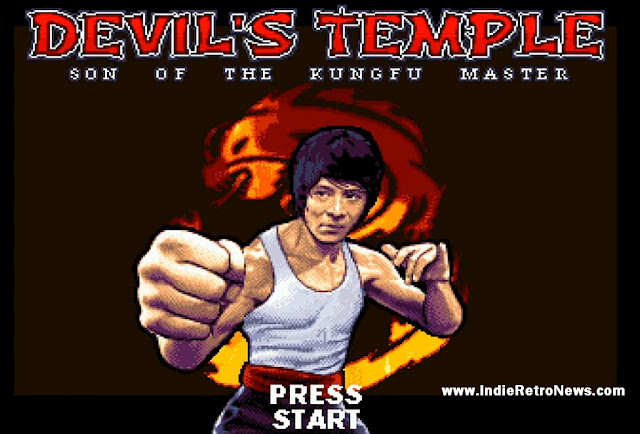 Another Amiga news story for you all as if you've been following our recent updates regarding Graeme Cowie, Ten Shu and DJ Metune's upcoming Amiga OCS conversion of a classic Arcade game called Kung Fu Master. Then you'll pleased to learn that not only is the game going to be called Devil's Temple - Son of the Kung-Fu Master, but it will now be a spin off game with lots of cool kick ass levels, combining some of the best features of Vigilante such as player weapon pick ups and additional moves. To coincide with this news, Graeme Cowie has shown off an impressive title screen for the game. 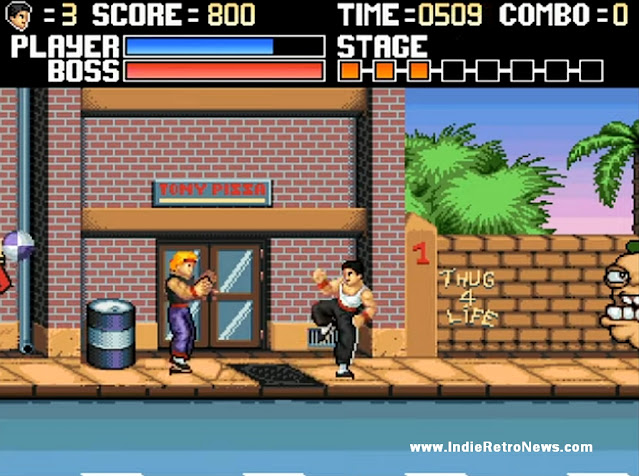 We've featured this upcoming conversion a number of times now, and right from the beginning Graeme Cowie, Ten Shu and DJ Metune's were full steam ahead with their version of Irem Arcade's 1984 classic, as with every new update the game looked even more impressive. Now with the game becoming a spin of Devil's Temple with a completely new look and fancy additions, we will still look forward the other version of King Fu Master which will come with the original Arcade graphics.