Jewel Warehouse 2 - EgoTrip is back with another Jewel and Trap Amstrad game! 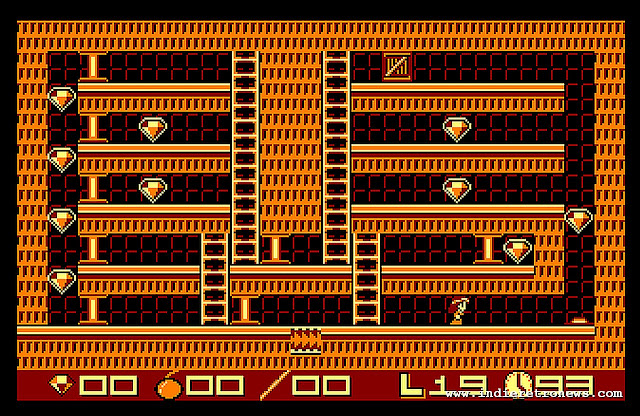 Another homebrew this week and following the same genre of a puzzler, as we were recently informed via XeNoMoRPH, that EgoTrip has released his latest game of 'Jewel Warehouse 2'; a sequel to the 2016 game of the same name which was also released for the Amstrad CPC. In this rather challenging release, you play as Amy and must collect all the power crystals before the Cyborg Queen's arrival. But as is always the case, it wont be easy, as this Warehouse is not only a bit of a mess but there's dangerous enemies and traps that will do you harm!

So all you have to do is collect the Jewels(power crystals) scattered throughout the game and the door opens for you to leave and onto the next area.  Sound simple? No chance! As each level progresses it becomes ever harder with traps, spikes, further ladders to climb, and moving platforms that really make you think what is the best way to get to that next Jewel before the time runs out. Overall a nice game if you like puzzle games, and it has music, but it would be nice to see better graphics being shown from the good old Amstrad.