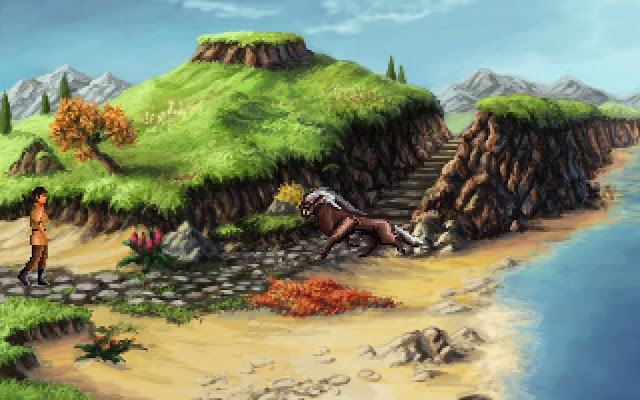 
A Tale of Two Kingdoms was a much earlier game in Crystal Shard's Adventuring days, and was already a grand faerie tale story of magic and intrigue featuring five different endings, many side quests, alternative solutions, teamwork with non player characters and 75 minutes of high quality music. But now as a Deluxe version it will feature a new interactive prologue, several graphical updates as well as professional voice acting!