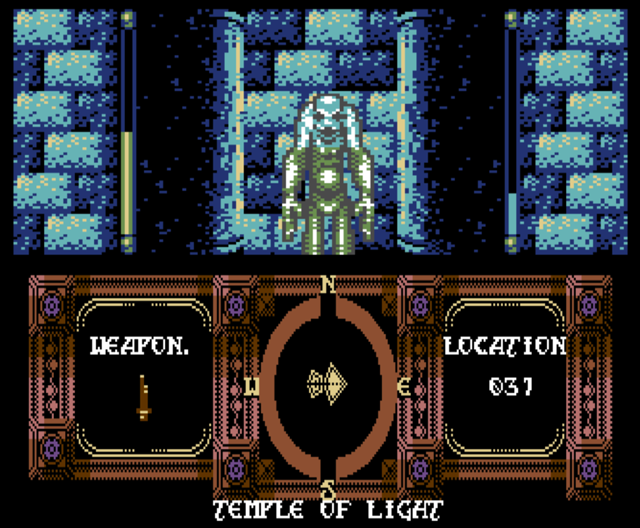 I start my journey in the North Forest, the evil wizard Zoran has kidnapped Star Child and taken it to the Temple of Lies. It's the only hope to defeat the demon Legion so I must find him and kill Zoran.  The Forest is huge, and evil lurks everywhere, but I must find the keys to the ancient temples where lies the weapons and equipment I will need.  After battling many demons in the forest I find the first temple, the Temple of Light.  But my wounds are severe, so I shouldn't linger for too long.  Suddenly a huge creature comes from nowhere and nearly takes my head clean off.  I strike it twice, three times, four times, but it doesn't damage the fiend, so I run.  More creatures appear but these are weaker, I dispatch 3 of them with my sword and as the last one dies, I see a potion on its body.  It smells good so I drink it, and my wounds heal instantly.  I might just make it out of this cursed temple alive! 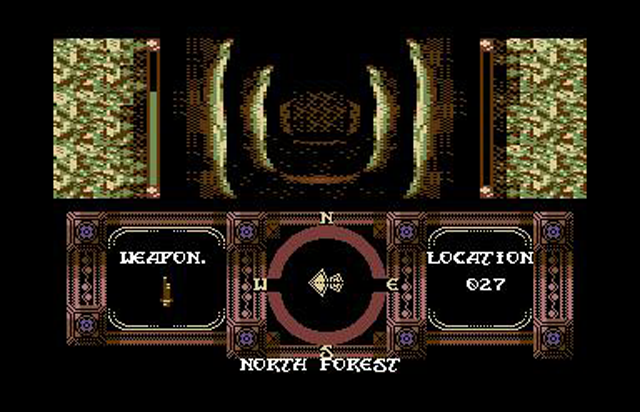 This was my third play through of Argus, programmed by Achim Volkers, with graphics by Trevor Storey and Sound by Saul Cross.  It's an epic role playing game in the style of Eye of the Beholder and Lands of Lore.  And whilst missing some key components of those RPGs, such as levelling and crafting systems, and a much more simplified item and weapon load out system. Much of what those games offered has been ported to the 8 bit platform: Such as animated transitions between locations, multiple enemy types, absolutely huge levels offering multiple paths to completion, and the claustrophobic suspense of random encounters when on low health.  This is a real nail biting dungeon crawler, which simplifies the experience enough to make controlling with a joystick on C64 a friendly experience, but doesn't oversimplify the classic RPG formula. 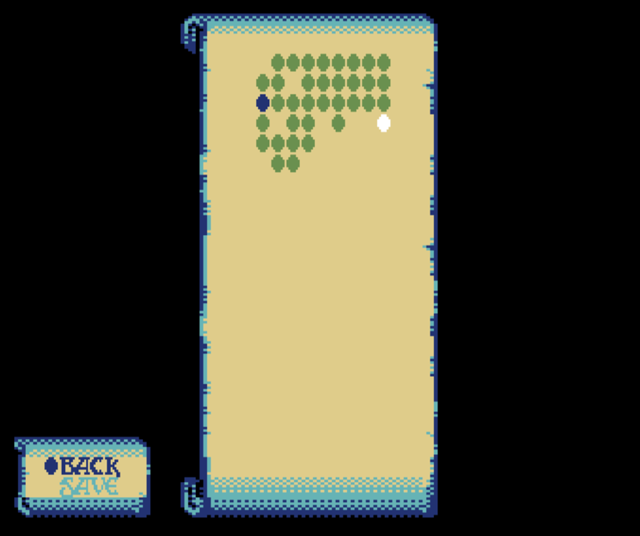 Indie Retro News has been covering progress of this game keenly, since early videos showed off the game's awesome visuals.  And the final game doesn't disappoint at all.  You'll fight all kinds of creatures, the different levels offer variety of dungeon graphics and you'll die a lot.  You can use the in game map which plots the locations as you travel, or use the map included with the game for a slightly easier play through,  or create your own map for a more hardcore experience.  But if you try to play without using a map you won't get too far.  Each level is a carefully crafted labyrinth.  You'll want to pick a route to the Temple of Lies, and use the most direct route possible to avoid being overpowered by enemies.

C64 fans are being spoilt right now in terms of variety and quality of releases, and this is no exception.  The game is out now, published by Psytronik.  Purchasers will receive the game to download to play on emulation software while physical copies are being prepared.  Or you can purchase a download only version at Itch.io.