Lots of different games for different systems today and this next one is no exception, as we've just learnt from Arnaud that the 3rd entry for the MSXdev'18 competition has been made available for you to have a quick go! Titled as 'Virus LQP-79' and released by Pentacour, this game was coded by Team-Arg for the Arduboy and is a mini-game with about half an hour of playtime as a 48Kb ROM! 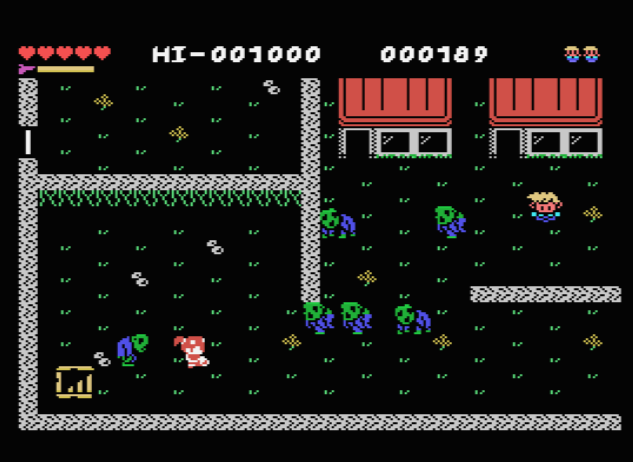 In this game you play as Amy who has lived a happy life in a rather normal town until one horrific accident at a nearby research facility. Officials denied the incident at first, until the entire facility was abandoned and Neighbours started acting weird! Thus Amy didn’t feel safe anymore and while leaving town she found herself running from a hoard of Zombies! So it's down to you to not only escape with your life but to find other survivors not infected by the deadly virus LQP-79!

Zombies At My Neighbours anyone? ;)