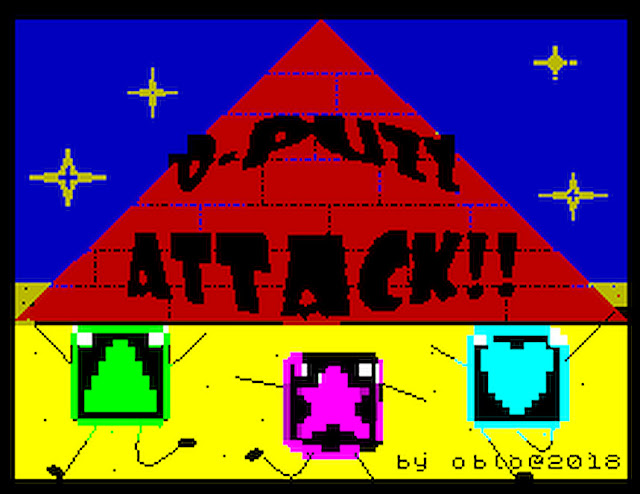 A new ZX Spectrum game has recently been released by oblo, and unlike the platformers we usually get, this one is a game inspired by the classic that is Tetris Attack made by Intelligent Systems in 1995/6. This game titled as ' O-Puzz Attack!! is a highly enjoyable puzzle based game in which you need to swap the coloured shapes around until they match with the same type. So basically if you match three purple star blocks with a fourth or a fith, it clears those out for a higher score.


For those of you who love games like this, games such as Tetris Attack or even Puzzle Bobble then you are in for a treat. As O-Puzz Attack!! is a highly addictive game in which you need keep clearing the shapes to make sure the game screen isn't full to the point of a game over! The more coloured shapes cleared within the aloted time, the higher your score! But beware as the game in higher levels does become a real challenge, as shapes will keep dropping pushing your matching skills to the test!