The Kiwi's Tale - A commercial length platformer for A1200/CD32, a fan-sequel to The New Zealand story! [UPDATE] 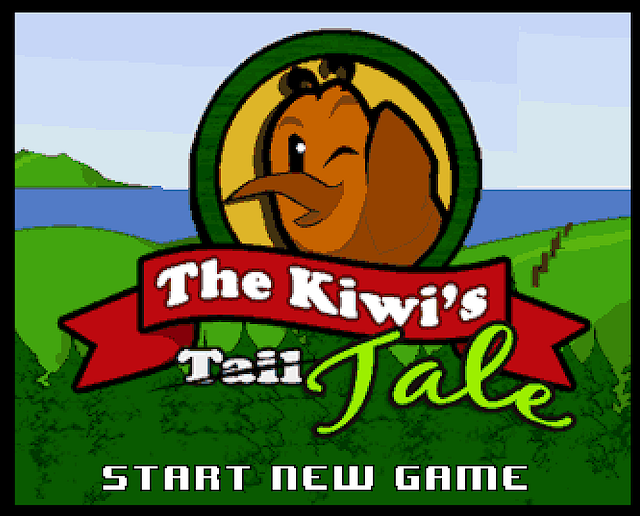 You can just tell it's Christmas especially with all these fantastic games coming out at once. And sure enough as a Christmas gift to you all, Earok has released the A1200 and CD32 version of ' The Kiwi's Tale '; a commercial length platformer for the Amiga1200 and CD32, as a fan-sequel to The New Zealand story and itself an almost 1-1 conversion of a freeware PC title from the late 2000s. Earok has noted this game is partly an apology for not having completed AlarCity (yet), but it's also something he's wanted to bring to the Amiga for some time - as well as being an opportunity to train in new skills for Amiga game development. 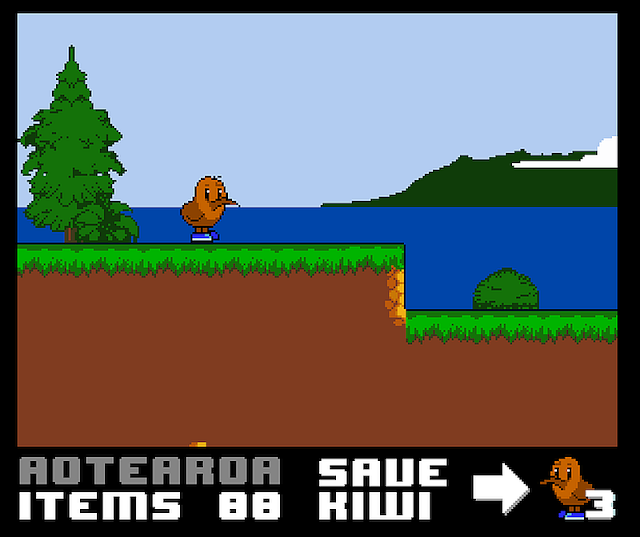 The original and still one of the best platformers I've ever played, NewZealand Story. Was first released way back in 1988 by Taito, as a game for the Arcades that later was ported to many different systems including the Amiga. Regarded as a cutesy platformer with extensive and maze like levels, the game also featured quirky enemies and obstacles and allowed the player 'Tiki' to pilot a variety of vehicles including a blimp to both shoot and reach further across the level. 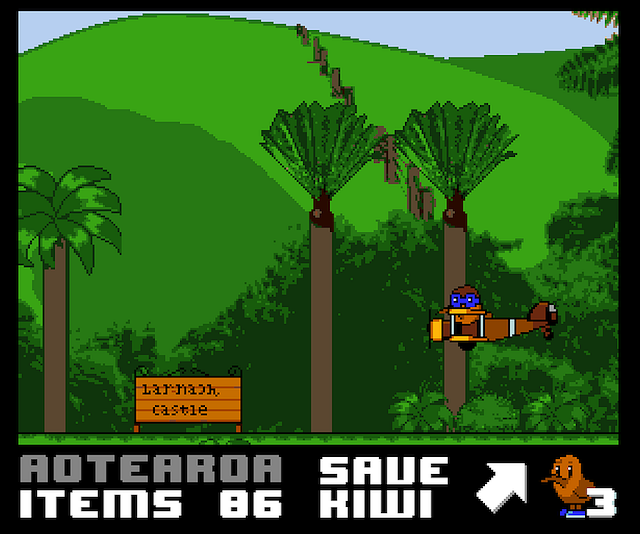 In regards to this fan sequel however Earok has told us this is not a "polished" game, as the original game itself was a chaotic three-month rush by non-artists who certainly didn't have well designed palettes in mind, but IMO it's a game that offers hours of silly fun. He also goes on to say converting The Kiwi's Tale was something of a marathon, starting only on the 8th of this month and finished just yesterday. Thankfully the game is complete and done, with the engine possibly being re-used later for a more polished title.


So what does the game offer even in its unpolished state? Well thankfully it's not a slouch of a game, as not only is it supportive of AGA, but the game offers chaotic 50hz action, smooth 8 way scrolling across massive levels, 15 stages of fun, 2 weapons, 3 flyable vehicles, 8 enemies, 2 bosses, a two player option, CD Audio with music specified for the CD32 version only (A1200 later?), Amiga 1200 support, a hidden B-Side game on disc, support for multi buttons AND it's 100% free!

CONTROLS:
- Shoot: Button 1
- Jump: Button 2 (Up on one button stick)
- Jump off vehicle: Button 2 (HOLD fire and then TAP up if you only have one button joystick)
- Pause: P or Play on CD32 pad
- Quit: Escape or Forward+Reverse on CD32 pad

CHEAT:
- Hold down Space or Green button during the map for a couple of seconds to unlock all levels.

System Requirements :
- This game is designed to run on a stock AGA environment, but if you've got Fast RAM it'll help the game stay smooth during some of the more intense scenes in the game.

I've just published an experimental OCS/ECS build of The Kiwi's Tale. It does come with major caveats though so it won't be playable on a standard A500 - you'll want the full 2MB of chipram and an accelerated CPU (or at least 020, but the higher the better) to play it.