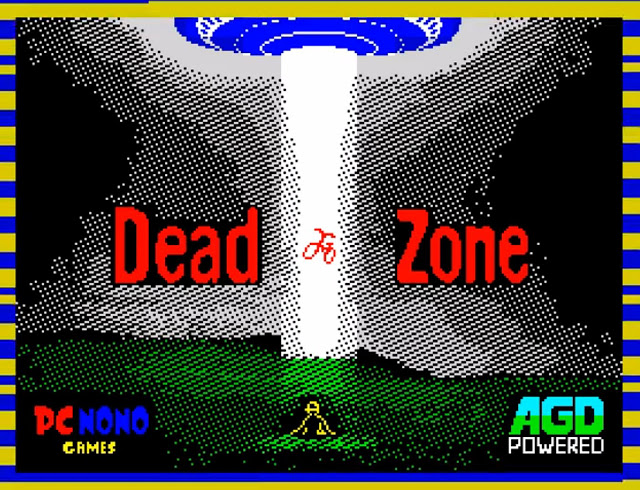 ZXDev2015 was kind enough to tag us on Twitter to let us know of a new game that has been launched ready for your enjoyment for the ZX Spectrum. The game is of course ' Dead Zone '; a new game by PCNONOGames in which you need to stop an alien attack intent on abducting all living beings and leaving cities as Dead Zones. Join forces with your allies across the world and put a stop to this once and for all with your powerful machine.


Dead Zone is available as a Physical edition and or a 1 euro digital download, with features such as multiple game modes, 5 missions, 3 types of shooting, 4 different enemies and random mechanics. For what is a small priced game, it looks to feature lots of action sequences as you blast away enemies before they abduct every living person.