Dizzy and The Mushrooms Pie - A new Dizzy adventure for ZX Spectrum DivMMC and emulators! 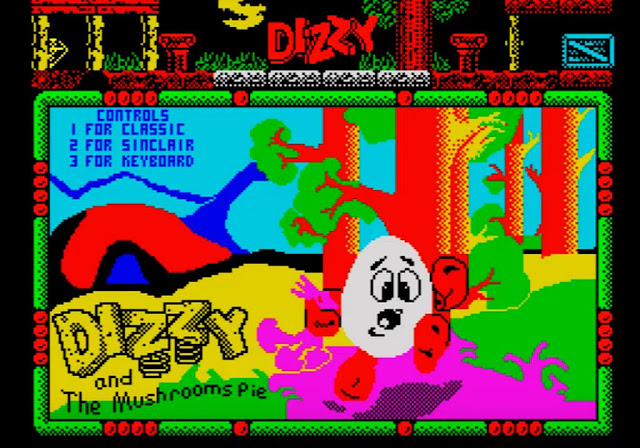 If you are a fan of the Dizzy games by the Oliver Twins or want a fun little adventure to play, then come and check out Verm-V and team's Dizzy fan game called ' Dizzy and The Mushrooms Pie', developed for the ZX Spectrum DivMMC and emulators. This game originally designed by Alexandru Simion, with music by MmcM and Dizzy scripting by Hippiman, puts you in control of Dizzy who, after being sent to collect mushrooms for Daisy, has ended up trapped inside a cave!


According to the latest discussion post via the ZX RU forums, "The game is the simplest. Only 11 screens and several puzzles. The game was created as a model and an example to describe the capabilities of DizzySE. The game has both simple scripts and is a little sophisticated, with the original game being one of the first games released on the DizzyAge PC platform.

- Thanks Preston for the heads up