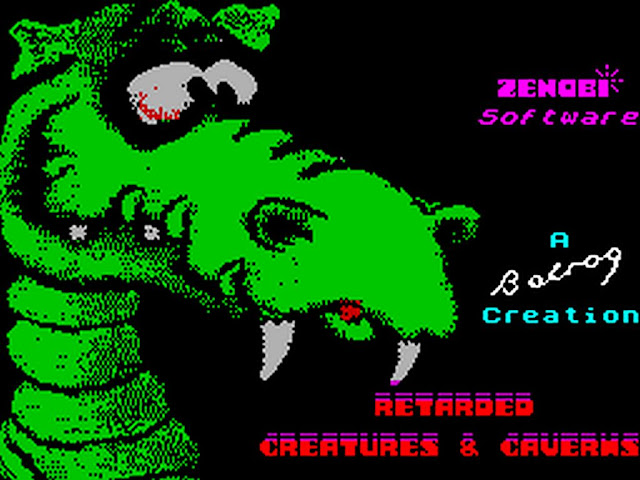 What a fabulous day so far with games such as Tenebra Macabre, B-Ball and even Moritz to the Moon gracing themselves on our website. So what's next you might ask? Well here's an Amstrad game for you to enjoy, it's 'Retarded Creatures and Caverns'. A text based adventure that was released many years ago on the ZX Spectrum and has now been ported over to the Amstrad by John Wilson!

As noted by the Tolkien website. "Retarded Creatures and Caverns is a parody of the Lord of the Rings and the sequel of An Everyday Tale of a Seeker of Gold. It wasn't part of the Balrogian Trilogy, but was included in the collections Best of the Indies Vol. 1, Balrog's Big Four and Numero Dos. The author of the game was John Wilson. In this game Bulbo's old friend Algernon, also called Stroller, must investigate the castle named Toidi and kill the dragon living in the castle ". As for the game itself and any future games by John Wilson, he is aiming to produce other Amstrad versions such as, An Everyday Tale Of A Seeker Of Gold, Bulbo & The Lizard-King, The Balrog and The Cat, Fuddo and Slam, and even From Out Of A Dark Night Sky!