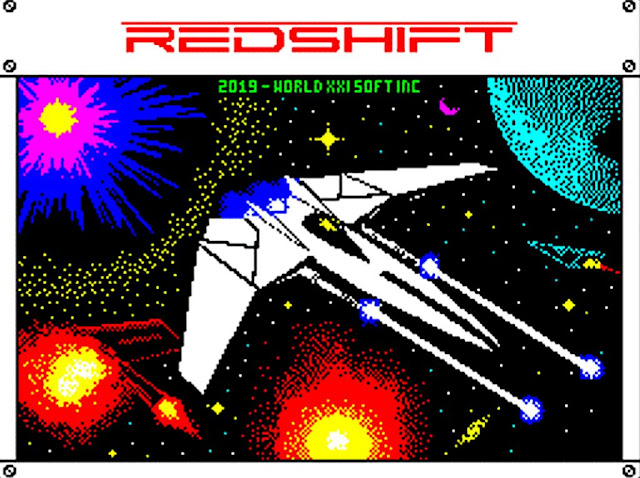 ZX Spectrum owners listen up! As we've just been told by World XXI Soft through their twitter page, that they have now released their previously in development for the ZX Dev MIA Remakes compo, as ' Redshift '! Yes indeed are you ready to play a rather cool looking scrolling shooter that features more than just multple levels? Then read on as you'll not want to miss out on this rather spiffy looking game! 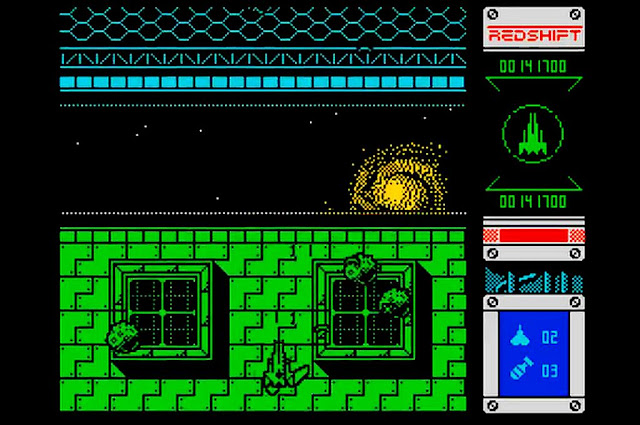 As the story goes from the main forum.... "It's Earth year 2992. Humankind is part of one of two factions battling for the control of the multiverse. After a long time of stalemate, the enemy faction, led by the prince Kalkux, developed faster and more powerful spaceships, achieving important victories. The human race started to lose faith in survival. Ships with artificial intelligence were not clever enough to handle new enemy ships. Remote controlling via quantum entanglement was not reliable in other universes. On the brink of despair, humans developed a new and faster ship, the "REDSHIFT" class, with a key innovation: a human pilot would be physically present in the ship. Your mission is to take control of Redshift to expel the enemy from key galaxies and universes".

Sound like your sort of game? Good! Because it doesn't just feature Music by Richard "Kulor" Armijo, but it was 100% written in M/C, has fast paced scrolling action in a 192x192 pixel area, 5 awesome levels filled with difficulty and enemy variations, multiple boss ships, structures, enemies and sub bosses, wicked power ups, an introduction, configurable options and finally all designed for Spectrum 128k and compatibles.